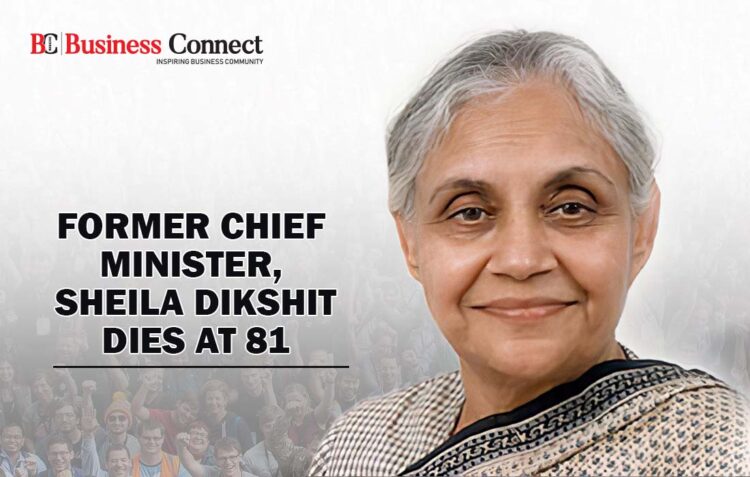 Smt. Sheila Dikshit, who is lady hand behind the CM of New Delhi, was credited with changing the face of the national capital during her 15year-old tour of duty as Chief Minister, was 81 when she breathed her last times in Escorts Hospital.

Dikshit, a doyen and veteran politician of her era, was the chief of Delhi party during the bygone Lok Sabha elections.

Dikshit was unwell for some time, she was admitted to a private hospital on Saturday morning –

Prime Minister, Mr. Narendra Modi: “Deeply saddened by the demise of Sheila Dikshit Ji. Blessed with a warm and affable personality, she made a noteworthy contribution to Delhi’s development. Condolences to her family and supporters. Om Shanti”.

Further details are awaited for now. No more things disclosed yet.

Our Business Connect Team, also regret to hear the news of demise on the passing of Smt Sheila Dikshit. She played a Fantabulous and Lifelong role of the congresswoman and as third time CM of Delhi, she transformed herself to show that she was the best face for Delhi. Our deep condolences to her family and friends, hope that God will strengthen them in the time of grief.

HOW TO REACH THE GROWTH PHASE FROM THE STARTUP PHASE?

HOW TO REACH THE GROWTH PHASE FROM THE STARTUP PHASE?