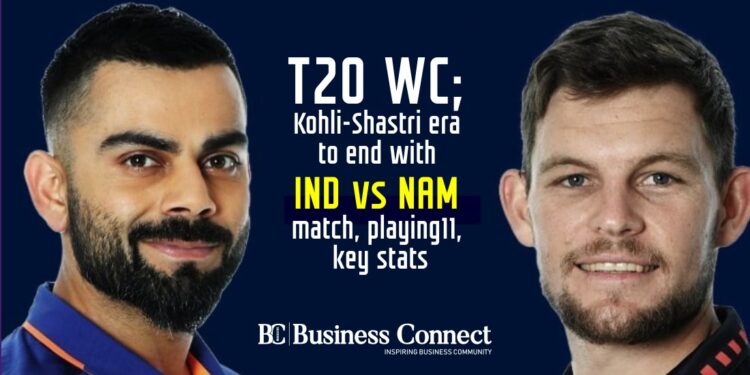 Already out from the semi-final race, captain Kohli will attempt to win and put a good memory on India’s poor T20 World Cup campaign when they play with Namibia in their last Super 12 encounter on Monday (November 8) at the Dubai International Stadium. India’s slim prospects of reaching the semi-finals were dashed earlier in the day when New Zealand defeated Afghanistan.

India‘s league-stage exit is their worst in an ICC tournament since 2012, and Kohli’s final game as T20 International captain comes in this match. Ravi Shastri will wear the head coach’s cap for the final time in the game against Namibia. The Indian cricket team, on the other hand, will be looking to win against Namibia and give skipper Kohli and coach Shastri a good send-off after crushing defeats by Pakistan and New Zealand in their first two Super 12 matches.

In addition, this would be India’s first T20I match against Namibia. The only previous time they met was in the 2003 World Cup for 50-over cricket. Leg-spinner Rahul Chahar, who has yet to appear in a game in this tournament, might be given an opportunity. Ishan Kishan, who started against the Black Caps as an opener, might receive another chance.