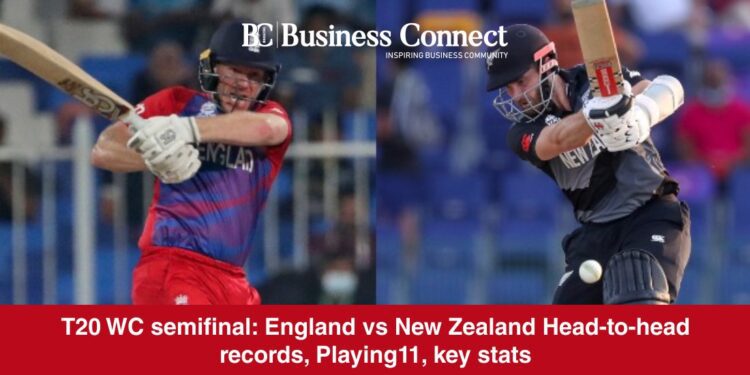 In the ICC T20 World Cup 2021 semifinal, New Zealand will meet England. The T20 semifinal 1 match will take place on November 10. The semifinal match between New Zealand (Kane Williamson) vs England (Jos Buttler) will be placed at Sheikh Zayed Stadium. England finished first in Group 1 and advanced to the semi-finals. During the Super 12 round, England played five matches, they won four matches in this tournament while losing one.

New Zealand, on the other hand, came in second place in Group 2 and advanced for the semi-finals. New Zealand won four and lost one of their five games. We should speak about the expected playing XI in the match before the ICC T20 World Cup 2021 semi-final match between England and New Zealand.

For the most part, the fast bowlers benefit from the surface. The hitters will need to take some time to settle in before being able to accelerate. As a result of the dew effect, bowling first is a better alternative.