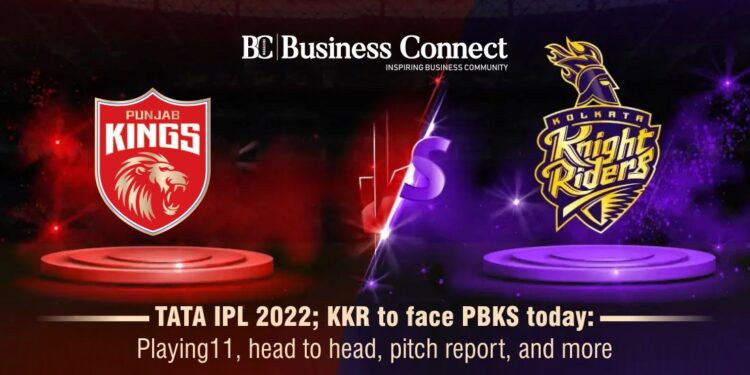 With an aim to continue their winning run, Punjab Kings (PBKS) will take on Kolkata Knight Riders (KKR) in Match No. 8 of the Indian Premier League (IPL) 2022 at the Wankhede Stadium in Mumbai. Punjab Kings won their first match of the season, defeating Royal Challengers Bangalore by chasing down a 206-run target. On the other hand, the Knight Riders have already lost one and won one of their first two matches.

The Kolkata Knight Riders struggled with the bat in their most recent match against the Royal Challengers Bangalore, losing by three wickets in the final over. Bowlers have performed admirably in both matches and deserve greater credit for their efforts. Shreyas Iyer made good use of his bowlers, and it will be interesting to see how he handles pressure in the upcoming matches.

Punjab Kings, on the other side, were magnificent in their first match against the Royal Challengers Bangalore, winning by five wickets with an over left to play. There’s no denying that they have batting depth, but they need to focus more on their bowling.

The bowlers have enough help and it is not easy for the batsmen to come and hit fours and sixes. Matches can be won by keeping wickets in hand till the end. If a captain wins the toss, he will decide to bowl first.