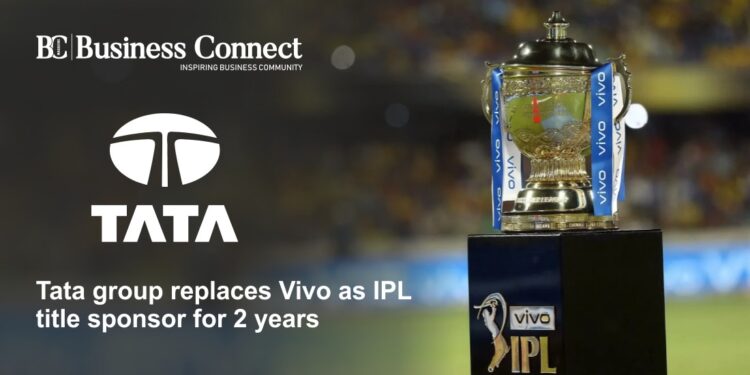 For the two years (2022 and 2023), the Tata Group, one of India’s largest business conglomerates, will replace Chinese cellphone company Vivo as the Indian Premier League’s title sponsor. According to reports, the Tata Group would pay roughly INR 670 crore for two years of title sponsorship, while Vivo will pay a total of INR 454 crore for contract termination, making it a win-win situation for the BCCI, which will receive a total of INR 1124 crore for seasons 2022 and 2023.

Yes, the Tata group is stepping in as the IPL title sponsor, said chairman Brijesh Patel to PTI. Jay Shah, the BCCI secretary, congratulated the company on its new position.

Vivo had an INR 2200 crore agreement for title sponsorship rights from 2018 to 2022, however, after a public backlash during the 2020 Galwan Valley face-off between Indian and Chinese Army forces, the brand took a year off.

“They (Vivo) had two years left on their contract and didn’t want to continue— so they assigned the rights” (to someone else). Vivo has pledged to pay the same amount, thus Tata and Vivo will pay the same amount jointly. Aside from that, because there are 74 games, there will be incremental charges, as well as an extra 6% assignment fee to be paid by Vivo to the Board of Control for Cricket in India (BCCI),” IPL chairman Brijesh Patel said in a phone interview.

When Vivo got the sponsorship rights in 2017 for 2,199 crores for five seasons beginning in 2018, it pledged to pay 440 crores yearly. The initial contract was set to expire in 2022, however, it was extended until 2023 when Dream11 took over from Vivo in 2020. Tata will pay the remaining amount when Vivo assigns the rights to it. However, because the sponsor did not finish its five-year agreement, Vivo would pay the additional 6% to BCCI directly. Tata Sons acknowledged the news but declined to provide any more information.

How to overcome failure in your entrepreneurial journey