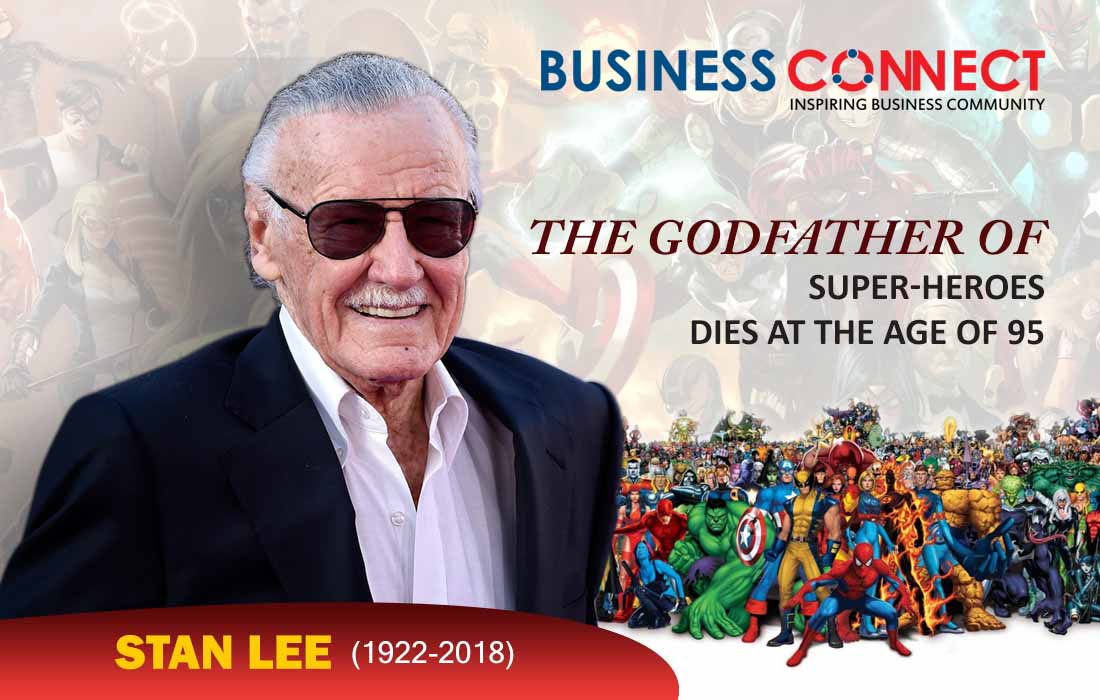 The Godfather of Super-heroes dies at the age of 95
Stan Lee, the man also known as Generalissimo left us on 12th Nov 2018. Having spun a whole new world of comics, he always tried to make ordinary people believe in their hidden talents. This used to be the main idea of movies based on his comics. This can be corroborated by Peter Parker and several other characters that he knitted. He was honoured with Disney Legend, a hall of fame program that acknowledges people who have made a phenomenal contribution to the Walt Disney Company. We often used to see his funny cameos in Marvel’s movies. He used to call his fans true believers. The New York City used to be the experimental lab of movies based on his comics. He could be seen sporting his signature dark sunglasses. Some of his iconic characters are Hulk, Spiderman, Dr Strange, Iron Man, Thor, the X-men and many others.

Succeeding at par with the Industry