Tinder to add audio, video chat, including group video calling to its app 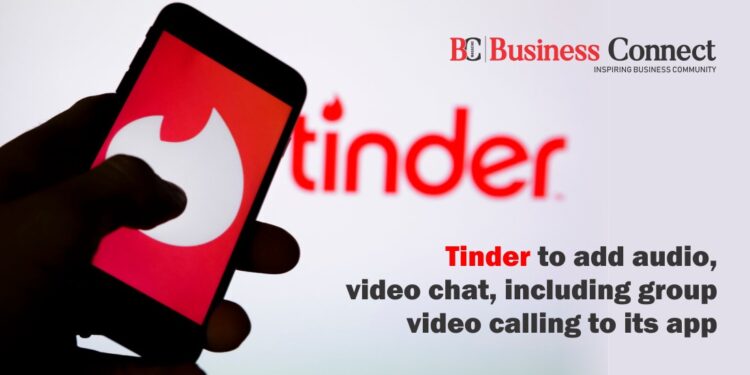 Tinder to add audio, video chat, including group video calling to its app

Tinder is a dating app that connects users based on their physical location, it has a basic interface that allows users to ‘Like’ by swiping right and ‘Pass’ by swiping left. When two users like each other, they’ve made a ‘match,’ and they may communicate via the app.

Due to the ongoing coronavirus pandemic, dating has become almost impossible. While the infection continues, dating applications like Tinder are providing new methods for consumers to enjoy online dating. The company is said to be developing a new audio and video chat function for its app.

During its second-quarter earnings call, the business said that it will add group live video and other live streaming capabilities to its app. Tinder was previously testing Mixer, a group video chat tool, earlier this year.

Match Group, the parent organization of dating apps like Tinder, OkCupid, and many others, said in its Q2 earnings report that it will improve its app to add audio, video, and group live-streaming capabilities, according to reports.

Match Group’s newly acquired firm, Hyperconnect, will create the additional features, according to the company. Match Group CEO Dubey told a reporter that we are looking forward to integrating Hypeconnect’s technology into Match Group’s existing apps, such as Tinder.

AR features, self-expression tools, conversational AI, and a variety of other “metaverse” elements, according to Dubey, have the potential to change the online meeting and getting-to-know-each-other process.

She did not specify which Match Group applications will receive all of these additional capabilities. By the end of the year, the firm expects to be able to combine Hyperconnect technology with two of its existing brands.

While Match Group has not released specific information regarding the feature, Tinder, the company’s most popular app, may receive the audio and video chat functionality. Tinder has worked with a new method of informing users about their vaccination statuses. The app has added vaccination badges that users may display on their profiles if they are completely or partially vaccinated.