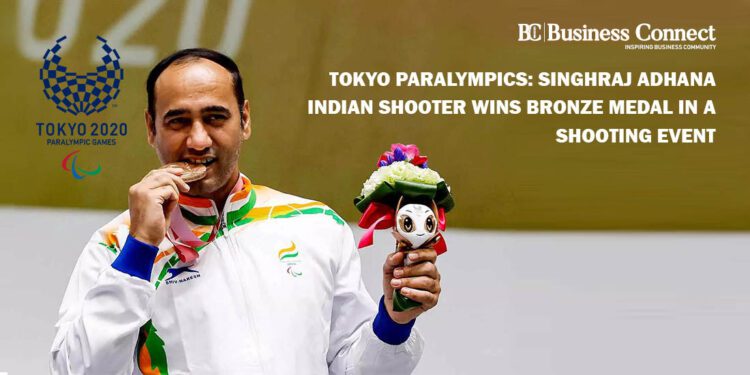 In Tokyo, Indian athletes made their best-ever result in the history of the Paralympic Games. On the 30th of August, they won five medals, including two golds, bringing the total number of medals won by the country to eight. The previous best result for India came at the 2016 Rio Olympics when athletes took home four medals – two golds, one silver, and one bronze.

In the final, he finished with 216.8 points, behind Chao Yang of China, who won the gold medal with a Paralympic record, and Jing Huang of China. Manish Narwal, the other Indian in the final, finished seventh after winning the qualification stage with a score of 575.

Adhana, who had entered for the final in sixth place, had a strong first Competition Stage and finished in 2nd spot. This meant he was on track for a strong finish in the Elimination stage. The 19-year-old Narwal, on the other hand, was ousted in seventh place after struggling to get going in the final.

Adhana had a few nervous moments, but he held his nerve to finish in the top three after a close fight with Xiaolong Lou, the third Chinese shooter. Adhana, who was hovering around the top three, went out of contention with his bad 19th shot but was able to find his way back into the race with his 20th try.

Singhraj shot 9.6 on his final shot in an elimination fight, while Lou shot 8.6 and was eliminated. At that point, the total was 196.8 to 196.5. Lou finally came in fourth place.

Participants in the SH1 category have a disability that impacts one arm or leg, such as amputations or spinal cord injuries, so the pistol is only gripped with one hand. The men’s 10 air pistol competition is categorized as P1. Some shooters play while sitting, while others participate while standing, as required by the rules.

Why Healthcare Is Moving toward an On-demand Model