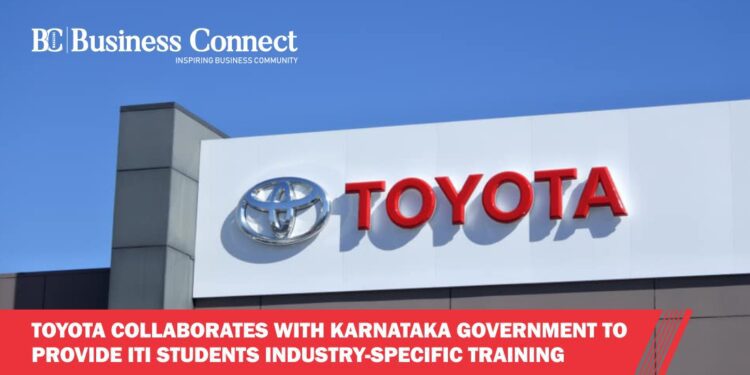 Toyota Kirloskar Motor said on 16th July that it has signed an agreement with the Karnataka government to provide industry-specific skill, culture, and information to students at the state’s Industrial Training Institute (ITI). In this respect, the Karnataka government’s Commissionerate on Industrial Training and Employment has signed a memorandum of understanding (MoU) with the automaker.

Toyota Kirloskar Motor (TKM) has been identified as an industrial training provider under the MoU, to develop skilled human resources for manufacturing units and first-time entrepreneurs to prepare them for the high-volume production expected in the manufacturing sector, given the central government’s increased focus on Make in India and Atmanirbhar Bharat.

TKM stated in a statement that a program focusing on improving students at ITIs in all 31 districts of Karnataka is being executed as a result of the agreement. The carmaker hopes that by implementing the program, ITI students would be able to gain manufacturing-related skills and boost their career prospects.

The youngsters will be taught by qualified Toyota trainers with considerable hands-on experience in the world-famous Toyota manufacturing system, according to the firm.

After completing the training, students will be required to take an exam, which will be jointly held by ITI and TKM, to be considered for an apprenticeship in the automotive sector, according to the statement.

According to the company. students will become more industry-ready and employable as a result of the classroom and apprenticeship program offered as part of the partnership.

We aim to contribute to society by sharing our best practices and bringing about growth, he continued. TKM, located in Bengaluru, distributes models such as the Fortuner and Innova Crysta in India.