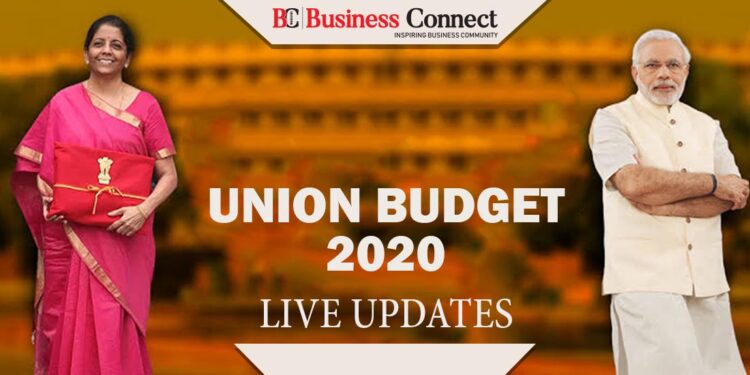 Union Finance Minister Nirmala Sitharaman’s second Budget plan, to be presented on February 1, 2020. The Union Budget is expected to announce measures to restore Indian economic growth and to set out a crystal clear road map for achieving the ambitious target of USD 5 trillion economies by the year 2025.

Indian Prime Minister Mr. Narendra Modi has taken a keen interest in the preparation of the upcoming Union budget of government to help spur growth in Asia’s third-largest economy. Prime Minister Modi and Indian finance minister Nirmala Sitharaman have separately held so many meetings with dozens of economists, big industry leaders, and farmers’ groups. On that note, they hear different views on measures needed to solve the economic growth slowdown puzzle.

Every year, Indians have plenty of expectations from the Narendra Modi government and the Union Budget 2020 for the nation. While the 5 yearly financial budget of 2014-2019, mainly focuses on the government and successive finance ministers, which is boosting innovation and propping up the startup ecosystem. On the other hand, this Union Budget 2020 will shift to turning around the economy and beating the consumer spending decline. It will primarily focus on flagging GDP growth and many ailing sectors such as automobile, real estate, agriculture, energy, and several others.

This year, the Indian government is likely to see the downfall of Rs. 2.5 Lakh Credit in the tax revenue and the government has yet again pushed the Reserve Bank of India for another dividend boost. Ultimately, the FM (finance minister) Nirmala Sitharaman has very limited resources at hand. Therefore, this is likely to be highlighted in the parliament when the FM Nirmala Sitharaman will introduce the Union Budget 2020.

The former finance secretary Mr. Subhash Garg wrote a blog post that says the actual fiscal deficit for the year 2019-20 will be 4.7 percent as compared to 3.4 percent of GDP. The major reason behind the increase in fiscal deficit is that both direct taxes and indirect taxes fall short of the estimates.