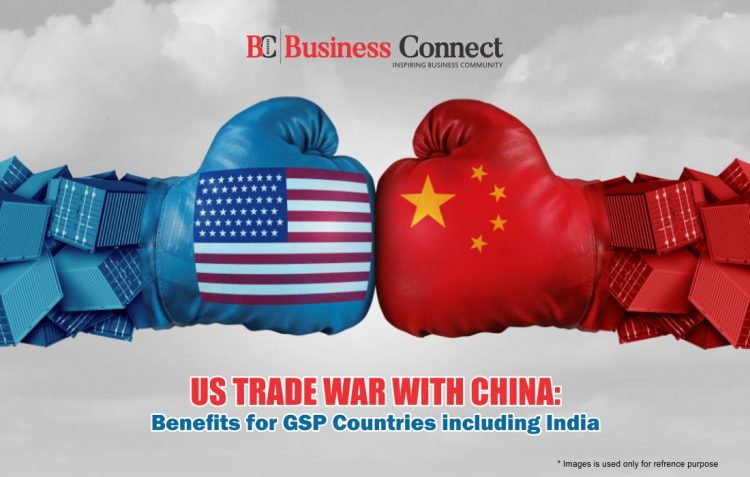 US Trade War with China, Benefits for GSP Countries including India

The year-long trade war that has been going on between the U. S. and China is proving to be beneficial for the developing countries included in the GSP list. The Generalized System of Preferences (GSP) is a U.S. trade preference program that provides opportunities for many of the world’s poorest countries to use trade to grow their economies and come out of their poverty.

The trade war is pushing companies in the U. S. to source more from GSP countries such as India, Thailand, Cambodia, Indonesia, and Turkey. A group of American companies and trade associations, Coalition for GSP, in a report said that the latest official trade figures show that GSP saved American companies $105 million in March, an increase of $28 million (36 per cent) from March, 2018 and the second-highest level on record. The imports from China have been subjected to new tariffs. The imports from the trade rival are thus down significantly. Coalition said that the imports of products from other GSP beneficiaries have therefore increased, most of it being in the first quarter of 2019.

However, on March 4, President Donald Trump announced that the U. S. intends to terminate India as a beneficiary developing country under the GSP programme. As per the results of a recent survey, the coalition said 30 percent of companies would look to source more from China if GSP benefits are done away with. Thus, cancelling the GSP for India would benefit trade in China. The 60-day notice period ended on May 3.

Venture Briks: When it comes to making a property decision, they will never let you down.