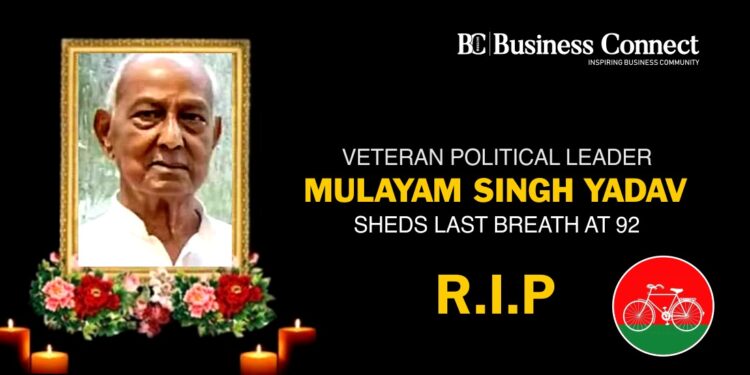 After fighting illness for several days, former MLC (Member of Legislative Council) of Samajwadi Party, Mulayam Singh Yadav moves into eternal rest at the age of 92,in his native village Kakor in Purwa. His last rituals were performed in Uttar Pradesh’s Auraiya district on Sunday. The funeral of the famous leader was performed with a gathering of a huge crowd that was present to catch the last glimpse.

Mulayam Singh Yadav was a three-time member of the Legislative Council and veteran Samajwadi Party leader from Auraiya.

Akhilesh Yadav, Samajwadi Party president paid a tribute to his demise saying that, it is an irreparable loss to the party. He said, “Mulayam Singh was a person with simplicity, who stayed at his village home and have never even bothered to get a house built in Auraiya town”. “He was an example to people that how a political leader lived a simple life among the people who are known as ‘his people’ who vote for him”.