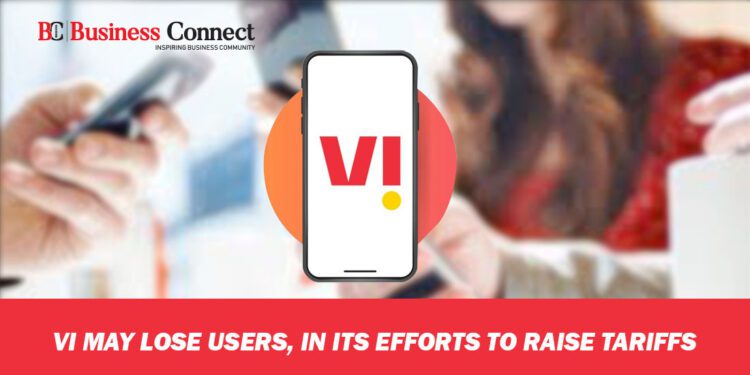 With talks regarding another round of tariff raise that is gathering pace and top executives at cash-strapped Vodafone Idea Ltd (Vi) is indicating towards the company that could be the first one among the three largest private telecom players to do so, it is believed by the analysts that it will be demanding support from the industry for such a move or else it would end up losing more customers.

In October, the chief executive of Vodafone Idea, Ravinder Takkar had stated that the telco would not shy away from raising the rates and it would create a precedent to be followed by others. Every month, as it is continuing to lose millions of wireless customers, meanwhile more subscribers are added to the networks of the rivals like Reliance Jio Infocomm Ltd along with Bharti Airtel Ltd.

As per the data by Telecom Regulatory Authority of India (Trai), In August, 1.2 million wireless subscribers were lost by Vodafone Idea by losing customers for the tenth consecutive month, but less than the COVID-led disruptions that hit the previous month.

Though it has been agreed by Idea and Airtel that the prices of voice and data services are unsustainable, and their average revenue per user (Arpu) is needed to rise to Rs 200 initially and to Rs 300 eventually, it was stated by the analysts that around the same time, both must raise tariffs.

The chairman of Bharti Enterprises, Sunil Mittal stated that “Indian tariffs remain unsustainable and they require intervention… not just for us, but also for the overall health of the sector. It is known by all that Vodafone is in need of a tariff hike, everyone needs it in order to be able to have more money to put into networks, lay fibre, get into 5G and for auctions.”

The head of equity analysis, SBICAP Securities, Rajiv Sharma stated, At best, Vodafone Idea is able to lift tariffs in a few circles where there is a minuscule difference between the efficiency of its network and the competition, or in markets where many subscribers have not yet been lost to the telco. However, if Airtel follows suit, then only will be a pan-India hike be possible.

A telecom analyst, requesting anonymity stated that “In order to improve its services if Vodafone does not invest in infrastructure and network than the tariff hike could lead towards the loss of subscribers.”

Improve Your Business by Embracing Your Travel Bug