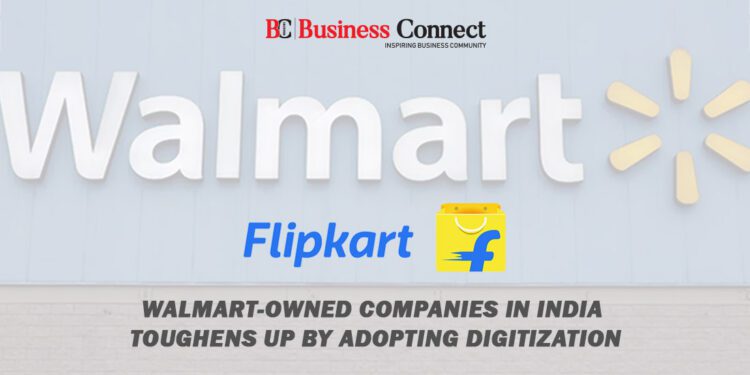 Flipkart and PhonePe, which are Walmart-owned establishments in India, have risen to the challenges of the coronavirus health crisis and it has arisen stronger with the adoption of digital technologies accelerating across the country, said president and chief executive officer of Walmart International, Judith McKenna. Walmart International is the segment, which includes the retail giant’s operations outside the US.

She stated that over a five-day period throughout its recent flagship ‘Big Billion Day’ sale event, e-commerce company Flipkart saw more than 250 million customers, and PhonePe, which is a digital payments firm has just reached that milestone of 1 billion monthly payment transactions.

On Thursday night during a meeting with the investment community, McKenna stated that “both businesses have consistently delivered against expectations.”

The Bentonville-based company (in Arkansas) is locked in a dispute with US rival Jeff Bezos-led Amazon and Mukesh Ambani-owned Reliance’s JioMart for supremacy in India’s online retail market via Flipkart, which it bought for $16 billion in the year 2018. PhonePe, the digital payments giant, has landed at Walmart as part of the takeover.

As per the sources, Walmart led a $1.2-billion Flipkart round last July, valuing the e-commerce company at $24.9 billion. Also, PhonePe recently raised $700 million in primary capital from established Flipkart investors, including Tiger Global, led by Walmart, as part of a spin-off phase, at a post-money valuation of $5.5 billion. Both the businesses are now preparing to go public in the US in the next 1-2 years.

McKenna stated that “at the same time, to be more resilient, they strengthened the core business. We are not surprised by that agility because Flipkart is a tech company with customers at its core.”

With a growing suite of bundled services, Flipkart is a rapidly developing e-commerce platform. She stated that in categories such as apparel, electronics and appliances, it has a market-leading role and has a promising ad-tech and wholesale sector.

McKenna stated that “it is believed that Flipkart is positioned to win India’s e-commerce future”.

“That growth is incredible and as the market leader in Unified Payments Interface (UPI) transactions, PhonePe is supporting access as well as inclusion for hundreds of millions of Indians, right from their phones.”