West Bengal coming up with a complete Lockdown on September 7, 11 and 12 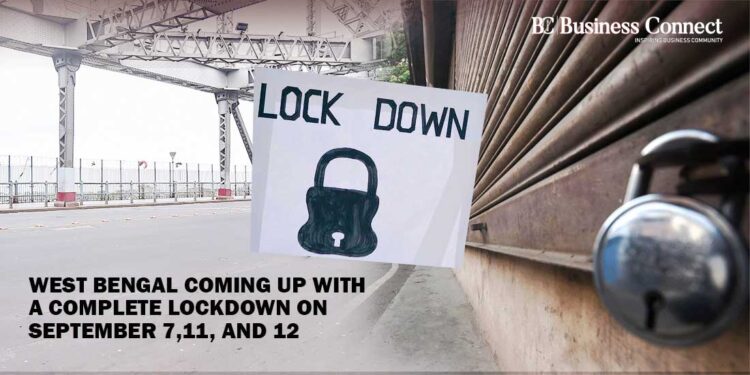 West Bengal coming up with a complete Lockdown on September 7, 11 and 12 - Business Connect

West Bengal coming up with a complete Lockdown on September 7, 11 and 12

The government of West Bengal has decided to proceed with three days of complete lockdown in September, the residents of Kolkata have complied with the state-wide lockdown that is imposed in West Bengal. Even an incident of violation of the restrictions will be reported.

In a recent notification, The Ministry of Home Affairs had said that the part of Unlock 4 that will come into force, the states are not supposed to impose any local lockdown outside the containment zones with prior consultation with the central government. The order that is issued by Sinha also said that the lockdown will be extended in containment zones in West Bengal till September 30.

Any gatherings and congregations would be prohibited until the time lockdown opens. However, medical shops, pharmacies, electricity, water, courts, fire, and emergency services have been excused.

On the three days of total lockdown in the state, all government and private offices and the commercial establishments will remain shut. There will be no public as well as private transport service in operation.

The Kolkata Police have conducted Naka-checking in numerous areas of the metropolis, while in different localities, mobile units have visited to make sure that people are remaining indoors on the first day of lockdown.

A total number of 755 people were arrested in Kolkata for violating lockdown rules. West Bengal police are taking strict actions against the violators in several places which includes Purulia, South 24 Parganas, Malda, and seized those vehicles that are found moving around without any valid reasons.