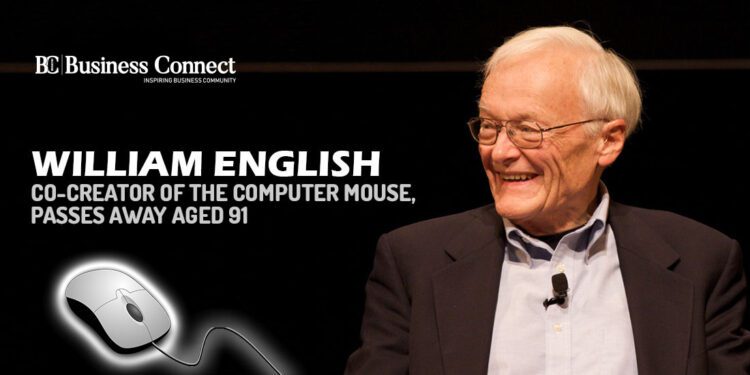 William English, the man who was a key specialist in co-making a PC mouse and gave the clients the office of moving pictures on the screen, has died at 91 years old. As per a report in the NYT, English kicked the bucket in California on July 26 because of respiratory disappointment. Around 1960, English had joined Douglas Engelbart at the Stanford Research Institute (SRI) to help him in the advancement of an ancestor of what is the present PC. Their variant of the PC has an earthy colored box with catches or mouse which was a key bit of their model since it helped clients control the items on a screen interface.

NYT composed that English had the option to comprehend Engelbart’s vision when, in a time of capacity of data utilizing offices like punch cards, the last had thought that it was difficult to verbalize what he searched for later on PC. An SRI associate of English, Bill Duvall said that English was a difficulty solver and that he got everything going.

William English had assumed a significant job in the ‘mother of all demos’ in 1968, during which Engelbart had utilized a part screen video to show one next to the other the developments of a hand-controlled mouse and the on-screen development of the cursor. Engelbart said that he didn’t have the foggiest idea why the gadget was known as a mouse, as it had begun that way and they just never showed signs of change.

In this demo, William English was creating the video, and clearly utilizing a NASA-possessed projector the size of a vehicle. The demo had helped in giving a look at the interfaces that Microsoft and Apple would bring to the universe of innovation during the 1980s. Aside from that, English had likewise manufactured the PC mouse in the mid-1960s with the assistance of the portrayals made by Engelbart.

The mid-1970s saw English joining the Palo Alto Research Center (PARC) of Xerox and he brought thoughts from the online framework (NLS) at SRI to the Alto machine. The Alto machine had later proceeded to move the main Macintosh PCs and the Windows PCs.