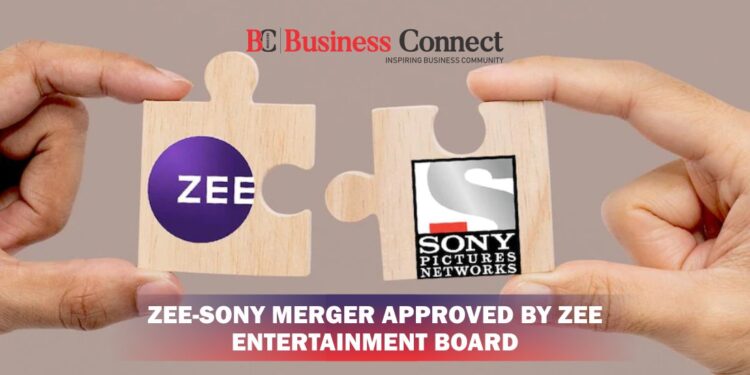 Zee Entertainment said on 22nd December that the company’s board of directors evaluated and approved the Scheme of Arrangement between Zee Entertainment Enterprises Limited, Bangla Entertainment & Pvt Ltd (BEPL), and Sony Pictures Networks India Private Limited at its meeting on December 21, 2021.

Zee’s present holding company Essel will control 3.99 percent of the amalgamated corporation, while Sony Pictures Networks India Pvt. would possess 50.86 percent. As part of the formal deal, public shareholders will get the remaining 45.15 percent. Punit Goenka continues as Managing Director and CEO of the combined firm.

The deal is subject to regulatory, shareholder, and third-party approvals, as well as other normal closing conditions. In India, the new consolidated business will be listed on the stock exchange. Zee said in September that its board of directors had unanimously approved the merger with Sony Pictures Networks India in principle (SPNI). SPNI will have a cash balance of $1.5 billion at transaction closing, thanks to a financial influx from present SPNI shareholders and Zee promoters, according to the firms.

The Zee promoter family will own 2.2% of the company at first, rising to 3.99 percent over time. There would also be a way for the promoter family to increase their stake in the merged company to 20% if certain conditions were met, such as acquiring shares at market value.

The combined company is predicted to have the largest market share, with 27% (Sony has 9% and Zee has 18%), followed by Star with 24%. In the over-the-top (OTT) sector, the merged company will have a viewership share of 13-15 percent.

The acquisition would also likely relieve the pressure Zee was under from senior shareholders in September, who demanded a management makeover, including the resignation of CEO Punit Goenka from the board of directors, owing to concerns with corporate governance.

Maximize your earning with Enliven

Maximize your earning with Enliven