UK-Based Revolut Launches in India, Appoints ex-Airtel as its CEO

by admin
in Launchpad 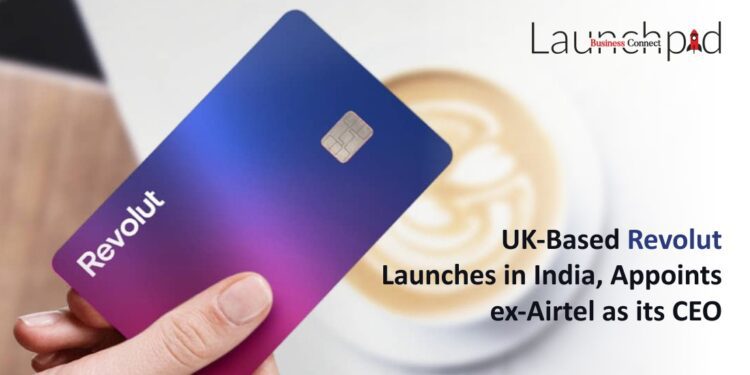 UK-Based Revolut Launches in India, Appoints ex-Airtel as its CEO

As part of its global expansion plans, Revolut, a UK-based global financial technology company valued at $5.5 billion last year, announced the appointment of Paroma Chatterjee as its chief executive in India on Wednesday.

Chatterjee worked as a senior executive for Lendingkart, Via.com, Flipkart, and Airtel Money, before joining Revolut. She will be developing and leading the India unit of Revolut, as well as identifying and executing the company’s business plan, recruiting a team, and will be handling licence applications and possible acquisitions in the sector.

The company is investing millions of pounds in India over the next five years and has pledged to create 300 new jobs in the country in order to support its global business operations.

“I am elated to be joining Revolut and becoming a part of this incredible growth journey. It’s an honour and a privilege to be asked to lead the business for such a world-class organisation in the country where Revolut has one of the most significant opportunities in the world. I am looking forward to forming an outstanding team and collaborating with them as we continue to create world-class financial solutions for India’s millions of consumers. “We will be building the bank of the future,” Chatterjee said.

As per the report by Sky News two weeks ago, Revolut is seen to be getting on track for fundraising that would be valuing the organization between $10 billion and $15 billion.

The company has hired heads of operations and legal in India, and the company is looking to hire across multiple functions, including HR, finance, development, marketing, recruiting, compliance, risk, and technology. The Revolut India subsidiary will also be acting as an operations centre for the global sector of Revolut, taking advantage of the Indian market’s expertise and talent.

With its suite of digitally connected products including banking and business accounts, cards and payments, foreign exchange transactions and remittances, investments and trading, insurance, and other financial services, the company has been developing itself as a global alternative to conventional banking products. Revolut India will be seeking to implement products in the country that will greatly boost Indians’ current experience in accessing and handling their personal finances.

Paroma is an ideal fit for the position, with a wealth of experience in the fintech and consumer tech sectors and an exemplary track record, and her appointment is a big step forward in our quest to become the world’s first truly global financial super app. As we expand our products and services to more people around the world, we’re excited to change the way people in India access and manage their money. “India is a key market in our expansion strategy, with a large talent pool, and we’re thrilled to tap into that talent pool to help Revolut grow,” said CEO and Founder of Revolut, Nik Storonsky.

Revolut claims to be one of the first UK fintech to join India, with the potential to further strengthen bilateral trade ties. Its entry into India is the most recent phase in the company’s international expansion plans, which include promising launches in Singapore and Australia in 2019, as well as the United States and Japan in 2020. Revolut also aims to expand its existing footprint in Asia-Pacific and launch in a variety of markets across South America.

Why Healthcare Is Moving toward an On-demand Model