No Result
View All Result
Home Entrepreneur in Focus 2019

by fanzineindia
in Entrepreneur in Focus 2019, Lounge Interviews
1.2k 39
0 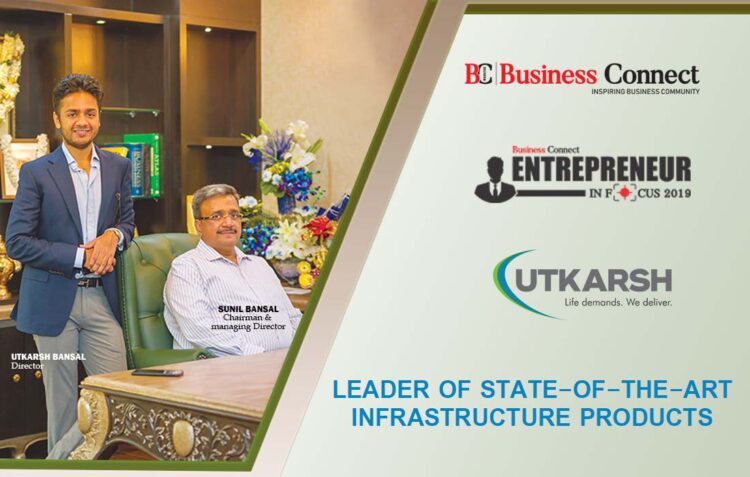 Utkarsh India Limited was established and focused primarily in pipe manufacture. However, after more than two decades, it has successfully cemented itself as one of India’s largest manufacturing hub which provides services to infrastructure sector within and outside India. The company has expanded to various verticals over time to cater need of growth in Indian infrastructure sector.

Over the past decades, the Company extended into adjacent business segments and is now regarded as a one of the largest manufacturer of infrastructure products. It is one of the largest manufacturers of Steel Tubular Poles, Polymer products, High Mast, Polygonal/Conical Poles & Steel Tubular Poles, Metal Beam Crash Barriers, Railway Electrification Structures and Transmission Line Towers & Substation Structures. Over time, it has evolved as the undisputed leader in this domain. The Company successfully engaged in the manufacture of a diverse range of products that address the growing need of India’s infrastructure sector. The company markets majority of its products in PAN India.

Headquartered in Kolkata, the company’s automated and modern manufacturing facilities are located in the city’s outskirts at Jangalpur and Gurap. The Company’s principal strength lies in its deep knowledge of engineering and fabrication capabilities. The Company is strengthened by a colossal workforce of over 600 employees.

THE SOURCE OF BASIC NECESSITIES

Utkarsh India Limited started its inception with GI pipe manufacturing and currently possesses a rich 40-year ex­perience in manufacturing steel pipes of various sizes, ap­plications and complexities, translating into overall com­petitiveness. The Company possesses the capability to manufacture steel tubes of all diameters and GI pipes with varied applications. The Company has been approved as an eligible vendor by virtually every large and relevant In­dian institutional buyer.

Water is one of our basic requirements of day to day life and Utkarsh India Limited plays a vital role in water transportation in Rural and Urban through its PVC and HDPE category. The Company possesses a deep insight into the country’s agricultural sector and plumbing solutions. The company possesses long-term relationships with dealers and distributors (around 3,500), making it possible to distribute products wide and deep, across the regions of its presence.

Utkarsh India Limited is one of the largest players in High Mast and Polygonal/Octagonal poles. The company takes up turnkey solutions comprising poles and high masts in the area of outdoor illumination. The company manufactures lighting mast, street lighting pole, decorative lighting pole, camera pole, distribution pole, flag mast and smart pole playing a vital role in the growth of the India Infrastructure. The Company’s presence in this business is being driven by a greater focus on superior lighting, allied security, urbanization, larger spatial areas and more highways.

The metal beam crash barrier has emerged as an attractive proxy of highway and expressway construction in India. The product is also used as a restraining barrier on embankments of highways and expressways, separator in four or six-lane roads, protection barriers for hilly terrains, crash guards on car racing tracks and for internal safety in plants / mines / collieries / airports. Utkarsh India is one of the leading manufacturers of Metal Beam Crash Barrier catering road safety solutions. The products are manufactured using superior technologies like zinc coating, test facilities and roll-forming machines. The company provides a single stop solution comprising design, engineering, fabrication and galvanizing.

The company is also present in manufacturing of transmission line towers, making the business a proxy of the power transmission sector in India. The Company also manufactures telecom towers. The rationale for the presence of this business division is the growing need for telecom towers, following a substantial increase in smartphones and data explosion in India. The projected introduction of 5G is expected to increase the relevance of this business segment.

Utkarsh India Limited reported profitable growth for 10 successive years ending FY2018-19. Revenues increased 38.11% but the increase in profit after tax exhibited a sharper increase at 79.61%. This out performance came in the face of a slowdown in the Indian economy, especially in the second half of FY2018-19, when the economy was marked by a liquidity paralysis that affected consumer sentiment.

The principal reason for this out performance is that the Company consciously focused on engineering products around the needs of India’s infrastructure sector. It has always believed that citizens will demand better value from national or private infrastructure around four secular themes – safety, security, hygiene and durability. Over the decades, it has not only focused on businesses that addressed these themes but brought to them a singular engineering competence derived from years of fabrication experience.

The Company earned 94.52% of its revenues from domestic operations and exported 5.48% of its output to Germany, Belgium and Australia, among others, in Financial Year 2018-19. These figures speak at length about the growth tra­jectory of this infrastructure giant. The company is known to writing success story in foreign countries as well.

The company, owing to its remarkable work, has won many accolades.

2003: Utkarsh India Limited commenced operations at the Jangalpur plant acquired via de-merger with the production of MS and GI ERW pipes. The Company also commenced the manufacture of PVC pipes and fittings

2004: Commenced the manufacture of octagonal poles and high masts

2006: Commenced the production of telecom towers

2011: Commenced the production of CORE-approved railway electrification structures for OHE and TSS

2014: Commenced the production at the Gurap plant

2017: Evolved corporate identity from Utkarsh Tubes and Pipes Limited to Utkarsh India Limited, reflecting the Company’s expansion from pipes manufacture to a manufacturer of infrastructure products. In the same year, total revenue of the Company crossed 800 crore

Mr. Sunil Bansal is the founder of Utkarsh India Limited (formerly known as Utkarsh Tubes & Pipes Limited). He is the Chairman and the Managing Director of the Company. His 25 years of experience in the industry have helped the Company grow rapidly, penetrating various product segments. His leadership has enabled the brand to emerge as one of the leading players in each product segment. Mr. Bansal was successful in building a structured organization which has allowed the Company to deliver excellence in the areas of service and quality.

He is the Director of Business Strategies at Utkarsh India Limited. Being graduated as Bachelor  of Science specializing in Industrial Engineering & Operations Research from UC Berkeley, USA along with Post Graduation in Business Administration from Indian School of Business, he is keen towards improvising business tactics and strategies has always been his first priority. This resulted in certifying Utkarsh India Limited as Best Brand Award amidst Industry stalwarts by WIRC. 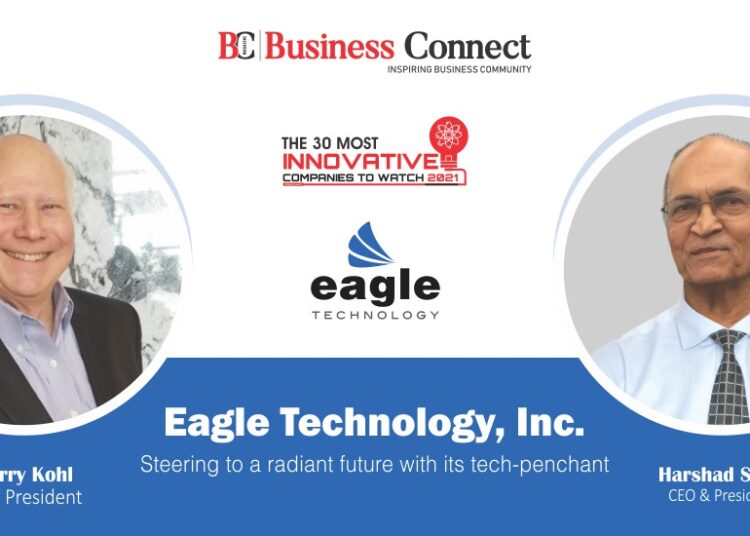 Eagle Technology, Inc. Steering to a radiant future with its tech-penchant This inside story depicts the innovative streak of Eagle... 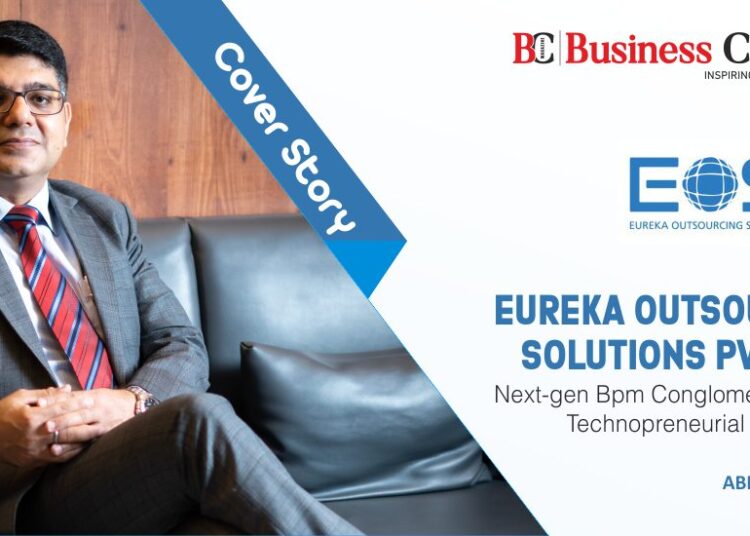 EUREKA OUTSOURCING SOLUTIONS PVT. LTD. NEXT-GEN BPM CONGLOMERATE WITH A TECHNOPRENEURIAL LEADERSHIP By- Kajal Dobhal The dynamism of the service...