COVID-19 a pandemic that changed the World!

by Anurag Tiwari
in Guest Contribution 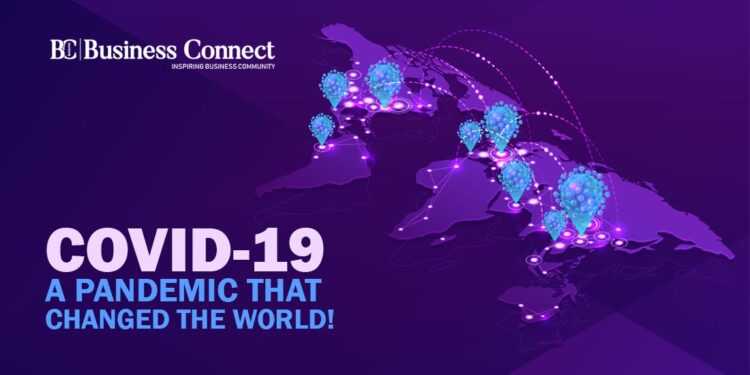 COVID-19 a pandemic that changed the World_Business Connect Magazine

COVID-19 a pandemic that changed the World!

Based on predictive modeling and leveraging John Hopkins University data, a report of Boston Consulting group about the epidemic projection indicates the estimated peak new cases of infections in the second half of June and states that the lockdown period could be stretched to September 2020. The prediction was based on health system assessment and government effectiveness that includes in-patient hospital beds per population, deaths from diseases of the respiratory system and government effectiveness & regulatory quality. But, again, these are predictions only. As per the report, the government’s effectiveness and quality of regulation are the fields were India performs poorly. But these are not measurable quantities, and one cannot be too sure of these outcomes. However, for now, the lockdown in India is being extended to 3rd May 2020 extending the overall period to well above one month.

Unexpected new information and development regarding COVID-19 have come up in recent days. Like, earlier it was said that his virus couldn’t be transferred to and from animals, but a tiger in Bronx Zoo, New York was infected with the coronavirus. A few pets have also been reported to be corona positive. This new development shows the virus has mutated and indicates a possible new threat.

Considering the dynamic situation, the counter-strategy of various countries regarding the curbing of the pandemic virus is also modifying accordingly. Russia, North Korea, India, etc had imposed complete lockdown after a few deaths. Even in areas where people are not infected yet and are not facing lockdown, they have started postponing their works like construction, renovation, landscaping and gardening, etc. in fear of getting infected from others. A wave of suspicion is flowing in a society where every outsider is considered as a possible threat. People, in general, do not want anybody to approach them. This is the worst scenario for any country.

Global stock markets have crashed by around 30% since the start of this year in most of the rich countries. Gradually, the world is reaching towards a global recession. It is assumed the IT sector will be hit hard, more than the global recession of 2008. On the other hand this pandemic has also changed the nature of crime. The illegal cartels like the one Mexican drug cartels are facing problems in getting chemicals for their drugs manufacturing. Due to which, they are now turning to loot and extortion causing a spike in the crime rate.

As China is the only country that has emerged out of this crisis, the rest of the world is watching closely what modus operandi it follows. After two months of isolation period, eleven million residents of Wuhan, the city that was severely affected by the coronavirus, are allowed to come out in phases to lead their normal life. Even the fields that are considered the most susceptible to the virus are allowed to operate. Places with large gatherings like zoos, entertainment venues, restaurants, food chains, etc are opened up. People are now returning to normalcy, although cautiously. Since China has surfaced out of the pandemic, therefore, there is hope that the supply of essential raw materials and types of equipment will continue to flow without an acute shortage. Apple and Starbucks have opened 80% of its outlets in China, whereas Toyota has started to operate 100%.

According to the German Chamber of Commerce and Industries, every fifth company is at risk of going bankrupt. Spain Prime Minister Pedo Sanchez has stressed to prepare a “Marshall Plan” just like that would be needed if the country were engaged in a war. European Commission president Ursula Von der Leyen has asked EU nations to invest money to arrest economic consequences. A detailed plan is also needed for the countries that have taken debts. Some of the efforts made by the countries are as follows.

According to MD & CEO of Centre for Managing Indian Economy (CMIE), Mahesh Vyas, the labour statistics for March 2020 are worrisome. CMIE report presents a gloomy picture of the current overall unemployment rate (during the lockdown period in March, 2020) that shoots to 23.4% with the urban unemployment rate reaches 30.9%. From January-February 2020, i.e. even before lockdown, around 90 lakh labour force was reduced. So, one can easily surmise that for better results, this chain of consistent decrease in jobs is to be stopped and newer employment avenues are to be created. Keeping in mind the impact of the COVID-19 outbreak, the 15th Finance Commission (FC) is now reviewing current economic statistics of revenue and expenditure outlays. The Centre has also released a total of Rs 1.2 lakh crore as GST compensation to states for the fiscal till mid-February.

After lockdown, the migration of labour force to their native places created havoc in the whole country. Nobody had given a thought that such a situation could occur. After lifting of lockdown, it would be even more difficult for industries to get skilled labour for their factories. Most of the small to medium industrial establishments had made their employees to leave without showing any sympathy with them. They have to travel miles on foot to reach their homes as life there had become miserable for them. That workforce will think twice before joining again. People will hesitate to go far from their families for fear of re-lockdown uncertainty and prefer to remain with their loved ones.

In business fraternity, there is a feeling that they will be lagging in businesses after the lifting of the lockdown period. But, this may not be true for local outlets and small businesses as all of them are at the same level- being closed for the lockdown period. The same could not be ascertained for international companies dealing worldwide as the rate of corona dissipation and timing of corona restrictions vary region-wise, giving an advantage over others.

Telangana government has imposed 75% salary cut of all ministers-CM, MLCs, MLAs, State Corporation chairpersons and representatives of Local Bodies; 60% for All India service cadre,50% for state service cadre, 10% for class fourth, contractual & outsourced employees and approximately 50% for pensioners. On the same line, Maharashtra declared to pay only 40% salary to all its ministers and MLAs, 50% to class I & II employees, and 75% to class III employees. But the respite is that these salaries will be paid in installments in the next few months.

Union Cabinet has already decided to slash 30% salary of all MP’s for one year and suspension of MPLADS (Members of Parliament Local Area Development Scheme) funds that was to the tune of 5 crore/year for two years. Further, as per the notification issued by Lok Sabha and Rajya Sabha Secretaries, there will be an additional 30% reduction in constituency and stationery allowance for members of parliaments for a year. Following this, the President, Vice President, and the governors have voluntarily opted for their salary cuts. All these measures are taken to increase the national funds to meet the expenses arising out of the COVID pandemic.

This pay cut of MPs might be the first step towards stricter steps. It is highly possible that the next in series could be the pay cut of central and state government employees or forfeiting of various allowances including the yearly dearness allowances. One more possibility is that after lifting of lockdown, the number of holidays is reduced to only two Sundays per week to clear the backlogs and to speed up the various development programs. The work from home will soon become the new norm for companies as it is seen that during lockdown most of the employees are working from homes and they are doing well. Even the faculty and tutors have converted their drawing rooms to classrooms and are taking classes on Google class, Zoom, or other online platforms. With time, we will be accustomed to these newer methods.

Many countries have banned the exporting of masks, ventilators, medicines, and other health-related items in the wake of scarcity in their own countries. Recently Israel and the USA asked India to supply the drug hydroxychloroquine that is said to use for curing malaria and thought to be effective in the corona as well. If planned properly, India could take advantage economically over other countries, especially China, due to her better quality and ability to large manufacturing. 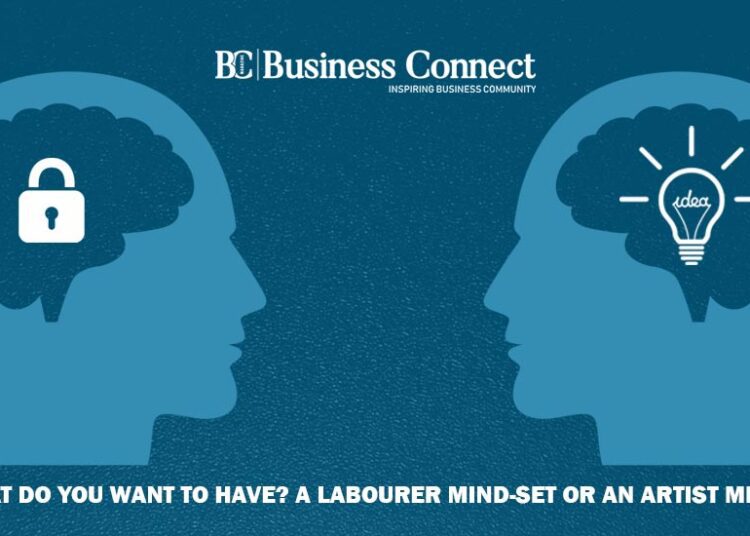 So, what do you want to have? A labourer mind-set or an artist mind-set? This is a grandmother’s tale. Because... 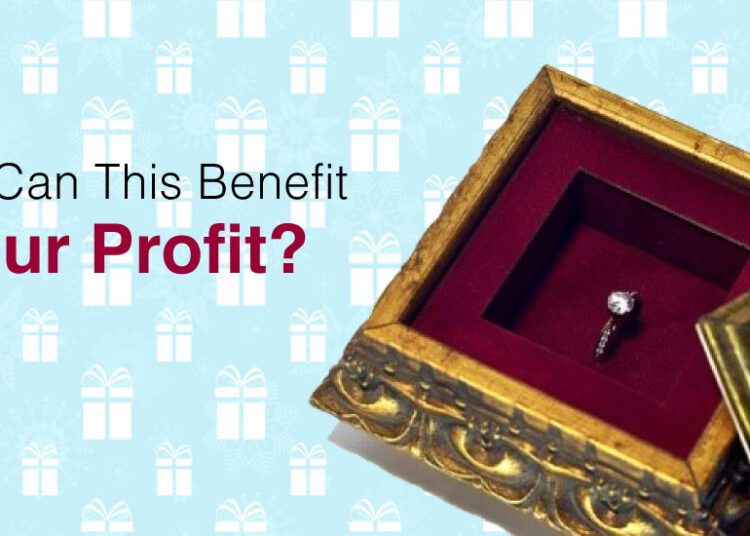 Written By: Stella Roberts How Can This Benefit Your Profit? Summary: Here are some ways gift boxes or jewelry boxes are...

A Novice’s Guide on How to Go About Debt Consolidation 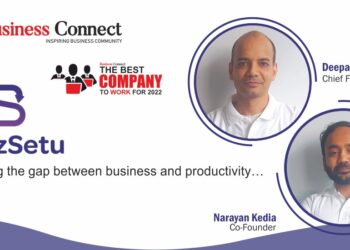 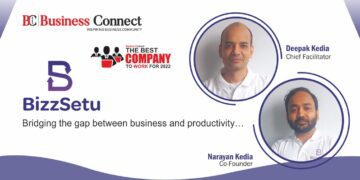