by Business Connect
in Blog 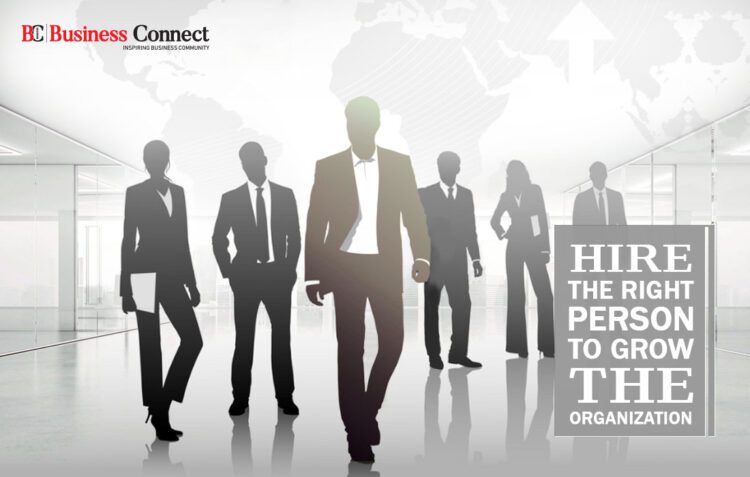 We are running a business to make the world a better place. However, you cannot full fill this goal without having the right person. In the past, you may have started a company with a few people. But as your business starts to grow, you need more loyal people who can work with you and take your business on top. Recruiting the right person for a company is very important it doesn’t matter what kind of work you are in. However, it is a very daunting task to hire. It is not all about positioning employees as soon as possible.

In general, people get hired by reviewing the resume. In this resume, candidates show their skills and experience. So, would you like to hire them? Of course, Not, you need those candidates who are passionate about the position, who like to take the challenge every time. if you are hiring a manager. you need the best strategy in place to help weed out those candidates who are just showing experience. Determine the best candidate who can lead the company in the future to success.

What kind of principal should we keep in mind while interviewing?

A majority of people think that spending a lot of time with a person, you will know about him. At some point, it could be true but how about other candidates who have been waiting outside to know the call since morning. In order to hire people, you should keep in mind some of the principal such as

Be creative: As you know that every person prepares for commonplace and has some unique way to solve problems. So, figure out the new way to understand how your candidate thinks.

Allow your best employees to help: As you know that you are not only who is about work with the candidate. They know very well what kind of issues they have been facing for a long time. let them ask some questions to the candidates. by doing this, you will find the best person.

How to find the right person?

As a company owner, we always looking for a person who has the ability to create something new and face a big challenge. That’s why we look at a smart person. We give a lot of time and effort to hire a good person. If we are placing the wrong person in the position it could be a major inconvenience. However, a well-experienced interviewer never makes a mistake like this. Because they know who is best for the position.

However, if we are going to run a new company, you don’t have to hurry to hire people where Initial Recruiting is often very important in setting tones for the business culture going ahead. I reached so many websites where some expert has given an opinion about that. here are five-point that will help you to pick the right person.

There are different kinds of candidate come for the interview such as some come by reference and some come by just applying. However, it could be tempting to jump over the process of thoroughly giving value to reference; it is time spending work. However, avoiding the vetting process may generate issues in the future. According to Nicole Munoz from B Plans. We have to go in history to know the candidate’s behavior. Past employment history tell you how the work and who they really are as employees

Make sure candidate like to spend time with the team

Asking the standard question isn’t always the best way to uncover. If you really want to hire the right person, you have to do a little bit more to determine to conform that those candidates will fit in the company’s culture and with the team. If it possibly creates five or six members of the team where you make them involved in it. After that, you are going to give a verity of situations. in this way, you don’t have the only opportunity to know how your candidates interact with your team but also allows stakeholders the chance to give a response to the candidates.

Pay attention to the question they ask

A good candidate wants to know about your company so he will ask you questions throughout the interview. And, you cannot ignore that. because it indicates preparedness and engagement. Don’t worry – always a good sign.

According to Brain David from B Plan, interviewer and potential candidates should be asking each other questions to determine alignment. It shouldn’t be one side question, when you interacting with the candidate, it feels like having a conversation. It makes you know that how much your candidate feel confidence.

Work with them first

I like the idea so much before hiring, I could see how my potential candidate actually work. You should do by building a little hand on work into the interview process. It is a very unique idea.  I know most people believe it isn’t a good way to hire people. but believe me, once you own this idea, your candidate will also respect you because they will know what kind of problems do you give them. By following this process, you will get a clearer sense.

According to B Plan, this technique has been used by Jacob Chapman of Gelt Venture capital. Chapman advises that you should be testing new hires by giving small problems. In this way, you will know how effortlessly they can solve the issues.

As I have seen a lot of recruiters, they start to ask a standard question like where do you see yourself after 5 years or how you are going to handle the pressure and many others like that. if you are asking such kind of question, you always get a positive answer because nobody wants to ruin the image in front of you. I would say be practical, I’m sure, you are going to find the right person for the company.

What is the 5 Things Mentally Strong People Avoid ?

What is the 5 Things Mentally Strong People Avoid ?