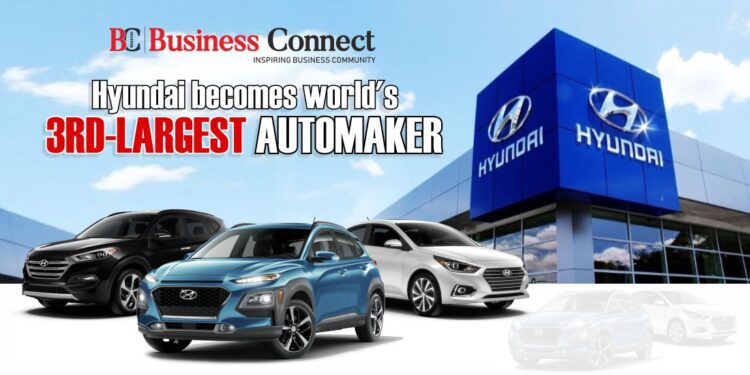 In 2010, Hyundai Motor Group passed American automaker Ford Motor to take over as the fifth-largest carmaker in the world. In 2021, the Korean automaker sold 6,667,000 units a year, remaining at the same position. Then, in the first half of this year, it jumped by two notches at once.

The company’s growth was attributed to successful production line management at a time when competitors around the world were struggling with a shortage of automotive semiconductors. The Korean carmaker plans to consolidate its position in the second half of this year.

In the first half of this year, sales declined 6 percent for Toyota, 14 percent for Volkswagen, 16 percent for Stelantis, 17.3 percent for Renault-Nissan-Mitsubishi, and 18.6 percent for GM. On the other hand, the sales of Hyundai Motor Co. And Kia fell only 5.1 percent from the same period last year.

According to experts, the manufacturing delays experienced by international automakers as a result of the lack of semiconductors helped Hyundai Motor Group gain market share globally. Strong sales of the luxury brand Genesis and electric vehicles also contributed to the growth of the Hyundai Motor Group.

Hyundai Motor Group anticipates that its production will increase gradually for some time as the supply of semiconductors and other parts improves. It also plans to increase its market presence by launching new cars.

The IONIQ 6, a new electric vehicle from Hyundai Motor Co., will be available starting in September. In addition, the Santa Fe Hybrid and Genesis GV70 electric vehicles will begin rolling out from the Alabama plant in the United States in October and December, respectively. 6 Tips for Leading with Compassion while working Remotely