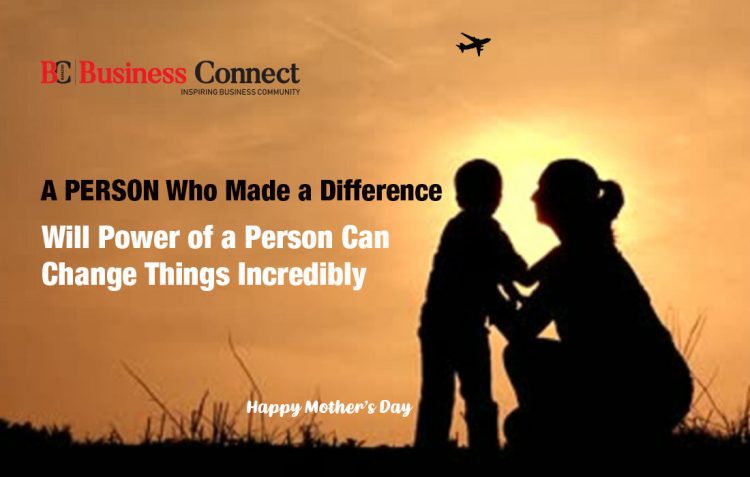 Mother, A person who made a difference - Business Connect

Will power of a person can change things incredibly.

Dad’s business was just ruined due to a change in government policies. My Dad was a rich businessman who used to supply coal to different states of India. I studied in the best school of the town. My mother was a happy woman. In nutshell we were a happy family.

One day a notice came that private companies can’t extract coal. Government had taken the entire control of the things. I still remember the conversation between my parents that night. I stood outside the door and heard them deciding how life would never remain the same. As soon as I heard my mother approaching near the door, I quickly ran to my room and slept. Lying on the bed an eight year old boy thought to himself, “I will take whatever she prepares for my tiffin and will never ask my father to buy me a gift my friends have”

Once it so happened that I was in my classroom and someone came with a notice. He gave it to my teacher and she called out my name. I was called to the principal’s office. It was so embarrassing to know that my school fees were unpaid and I was called for reminder. I was ashamed to go back to my classroom. I walked slowly through the corridor and wished that the session gets over. Nothing of that sort happened and I had to face the class of fifty students.

Nevertheless, days passed by. In the year 1993, a small town of Jharkhand, where females still had to cover their face while stepping out and had to walk in groups to be a protective layer for one another. Because, the unwritten rule of the town said that if a woman decides to walk alone and is followed by someone or harassed, it was the Woman who is at fault. The saddest part was that, even the women believed this theory.

Having said that, given the scenario of the town, poor infrastructure, lack of street lights and a weak law and order who would have dared to step out and be a changing element. Would you have stepped into the world of unknown, alone, to make it a safer place?

There was a lady though who decided to face the odds. The mismanagement of the town, the comment from the women around all became blur when she thought of her family. A lot of people advised her to shift me to a different school. Many provoked her to stay at home and showed her how things can become worse. There were yet another section of people who indirectly whispered through her father in law that a daughter in law of the house is meant to stay in the house and look after the household chores. Despite all challenges, next morning she dressed up for the work and went out to the school even before anyone woke up. When I got up, I got this letter next to my bed.

“I know its tough for you. But you are a grown up boy now. I have to work to make our life beautiful. Just like when I am sick, your Dad prepares food for me and you serve water so that I recover faster, similarly at this point your Dad needs support and we have to be his helping hand.

Your tiffin is packed and is in your bag, your school dress is ironed and you must get ready or else you will miss your bus- with love Mommy’

Think about a mother for a moment. She has the power to change lives in incredible ways. She is the living example of a loving heart. She gave me the greatest gift, anyone could have given- She believed in me. The opening of door for me, offering me the last piece of cake, loving even when I failed. No matter, where I go, whom I love, whether I text her or not, I will always remember the way she has made me feel, uncountable times in just one life.