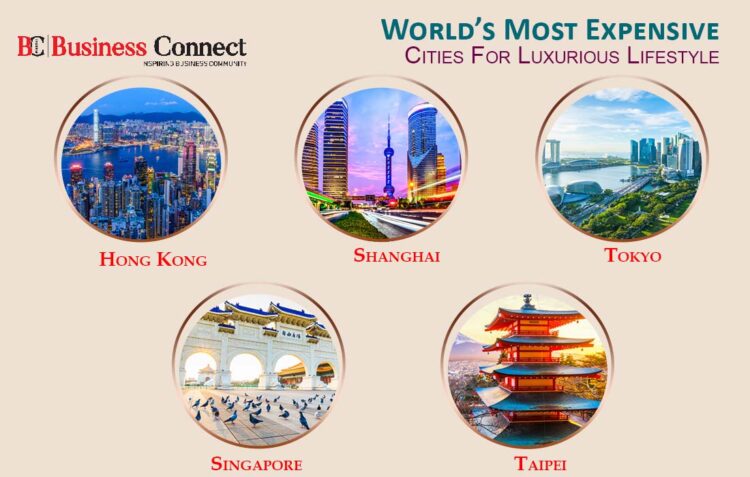 Wealthy people mostly desire a destination wedding in New York, a big mansion in Hong Kong or buying fine wines in Rio de Janeiro as their luxury lifestyle. This is the normal dream of every rich and successful person.

However, in today’s scenario, Asia is now home to the most expensive cities in the world, which is driven by a rising number of wealthy residents who are reshaping the global luxury market. The idea of a luxury lifestyle in the most expensive country stands for fancy goods, such as expensive handbags, Luxury Villas, watches, Hotels, and sports cars.

The countries that are rich in the supply of any of the luxury comedies, said to be the best place to live for a rich person. However, when it comes to overall lifestyle then it has morphed into a broad category that includes services and experiences, from fine dining to new lifestyle trends such as wellness. Everything is considered from a wide-angle to choose the most expensive cities for the luxury lifestyle.

Asia came out from all the parts of the world as the most expensive region overall. This is because it is home to five of the costliest luxury cities in the world such as Hong Kong, Shanghai, Tokyo, Singapore, and Taipei.

Asia Is The Most Expensive Region of The World

For the rich people who are not wanting to spend more than they have on these things, then there are other cities in the world for exploring. Here is a regional overview of the world’s most expensive, and inexpensive cities:

Hong Kong is one of the world’s most expensive cities with a former proper British colony cited. It is frequently in the top 10 luxury municipalities for the categories such as dining, hotel suites, and luxury car business. It is the most expensive place to hire a lawyer, due to being a financial center, with a simple will consultation setting someone back $1,050 on average.

If we talk about land in Hong Kong then it has the highest price tags for property and other luxuries Lifestyle such as cars, a business class flight for travel, fine dining in the city area, a wedding banquet for marriages and beauty services.

However, Hong Kong as the best luxury Lifestyle city puts no duties on items like jewelry, it can be somehow the least expensive or relatively cheap city to buy this high-end product but living standards are high. For example, if we talk about a simple Cartier Love bracelet then it will cost approximately $42,228 in Hong Kong. This bracelet simply costs more in Brazil’s capital, Rio de Janeiro, at around $54,852. The variation of the price is the effect of the taxes on jewelry and they can be double the lifestyle changed in North America and Europe.

Although New York is notorious for its sky-high cost of living in terms of land. Its property and lands part is in the fourth spot on a price-weighted basis. Although it is considered to be less expensive and relatively better for high-ticket items, such as cars, dining, hotels, etc.

Most of the European cities tend to offer reasonably priced luxury lifestyle but some of them are on the top list of being expensive. Out of the 28 states in Europe, Milan is in 19th place, Barcelona (Spain) is on 24th, and Frankfurt is on the 26th. Although London is the most expensive city to live in the EMEA (Europe, Middle East, and Africa) region, it also ranked the seventh most expensive city.