by Anurag Tiwari
in Lounge Interviews, Company in Excellence for Quality and Satisfaction in 2021 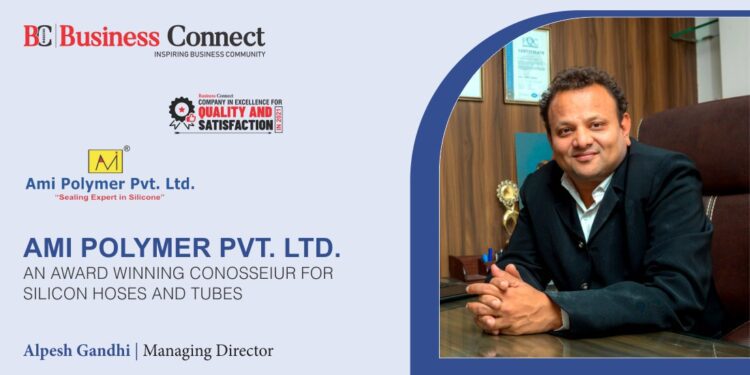 AN AWARD WINNING CONOSSEIUR FOR SILICON HOSES AND TUBES

The widespread use of polymers is nothing new in India. In this fast-track era, polymer products are exceedingly present across spheres. Since its enflaming intervention, from the latter half of the 20th Century, it has entered dominion after dominion, creating a strong grip. For the industrial sector, products like polymer tubes, reinforced silicone hoses, inflatable gaskets, rubber bellows play an indispensable part. While large molecules combine to form household products, its employment in industry space, is very diverse. The products ensure the efficiency of varied operations, which eventually contributes to customer satisfaction.

The 21st Century is an era of competition and has multiple brands for similar products. Hence, to construct tailored products and sustain a prolific business, industries need experts who can provide components, with the highest standards at reasonable rates. Ami Polymer Pvt. Ltd. is an indigenous leader in manufacturing and exporting Silicone Hoses, Silicone Tubes in India. Formed in 1996, Ami Polymer serves a PAN India client base across diverse sectors from Pharmaceutical, Biotech, Food Processing, Plastic Industries, Medical, Solar, Aerospace, Engineering, Textile, Steel, and more.

GAUGING AN ODYSSEY TO GLORY
“The ability to dream more and transcend boundaries is born from the belief that you can do more”.
The remarkable journey of Ami Polymer is shouldered by, an enormous team of over people, under the aegis of Alpesh Gandhi, Managing Director. Despite not having a business background, Alpesh had a dream to structure a foundation that grows into a pioneer in the Indian Inc.

His parents were teachers, but for him, mediocrity wasn’t the limit. Alpesh completed his engineering in Rubber technology from LD College of Engineering, Ahmedabad and started his professional journey by serving various ventures. However, his drive to build his own foundation quickly made his foray to better opportunities. Hailing from Gujarat, Alpesh shifted to Mumbai, which eventually became his steppingstone.

Coming to Mumbai, he realized accomplishing MBA will be an added benefit to his career. He did several trading businesses, to financially support his education and also for some extra income; This, trading ventures gradually forged his road to entrepreneurial growth. Alpesh gauged his career in the silicone rubber facet with a meagre investment of Rs 13,000. He then rented a small gala, where he set up his manufacturing unit and started building his team – from 1 to 10 and now over 300. A clear focus on his ultimate goal and experience as a trader gave him the push to grow as a manufacturer of silicone rubber products.

CLEANROOM FACILITIES – A MAJOR BREAKTHROUGH
In 2011, Ami Polymer had a major breakthrough, with the introduction of cleanroom facilities (Class 10000). The hoses and tubes are used by, critical sectors like pharmaceutical and medicines, which requires extra caution. The cleanrooms facilitated a sanitized environment – free of all kinds of contaminants and ensured smooth manufacturing of these sensitive products. The installation of cleanrooms in the factory helped in improving trust with customers. Many indigenous companies that imported from global exporters like the US and UK turned their attention to Ami Polymer. Ami Polymer has developed two manufacturing units in-built with cleanroom facilities and has around 25,000 tones production capacity.

SHOWERED WITH MILESTONES
During the early days of endeavour, one of Alpesh’s consultants asked him about his future goals and he replied casually 10 Crore! But later on, he became very serious and dedicated to it. Transforming his dedication to action, he attained a turnover of Rs 10 Cr in 2010. In the following years, it homed many more landmarks. Recently in 2020, the firm was conferred with, the ‘Best MSME of the Year 2020’ award through Honorable Minister Shri Nitin Gadkari. During the pandemic, Ami Polymer upheld its credibility and was titled ‘Hero during the time of COVID 19’, by one of the prestigious customers. In the same year, the Company also homed ‘Emerging Company Award 2020’, by Indian Achievers Forum.

Along with awards, Ami Polymer has banked a turnover of Rs 56 Cr and burgeoning to reach Rs 100 Cr very soon. The Company is also accredited by, several quality standard certifications such as CRISIL MSE * 2 for high financial strength and optimal operating performance. ASSOCHAM India has honoured Ami Polymer with the title of ‘Top 50 Companies of 2016’, for its unmatched excellence.

THE ROAD AHEAD
With more than a generation of experience marked by, excellence and trust, Alpesh is working on his dream of building a world-class business empire and an annual turn over of Rs 155 Cr. Like he turned his past dreams into reality, Alpesh has dedicated his heart and soul to shape this dream. Ami Polymer has also started a new project with an area of 3 acres in the outskirts of Dadra and Nagar Haveli, which will be an addition to its collection of milestones soon.

Top 10 most luxurious cities in the world 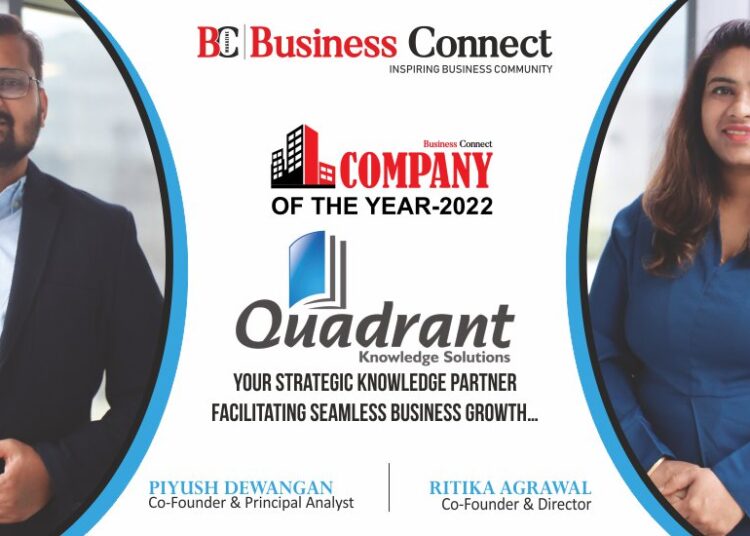 Quadrant Knowledge Solutions We have brought to you an exclusive narrative of two insightful business leaders who hold the background... 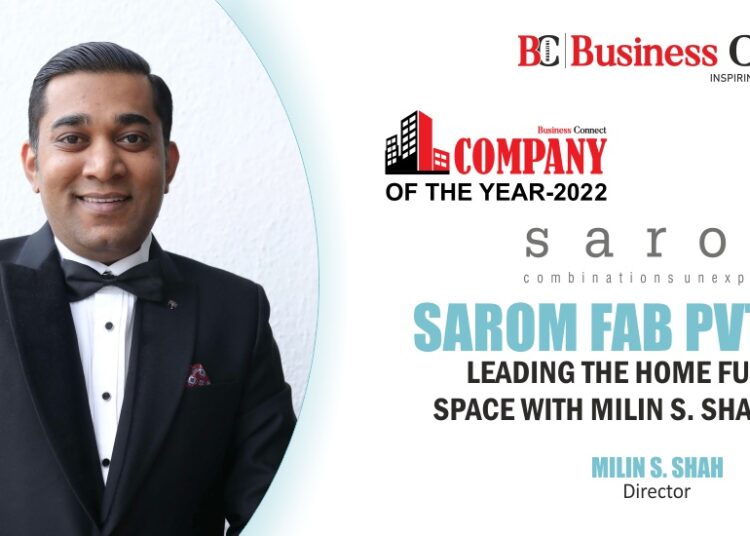 Top 10 most luxurious cities in the world