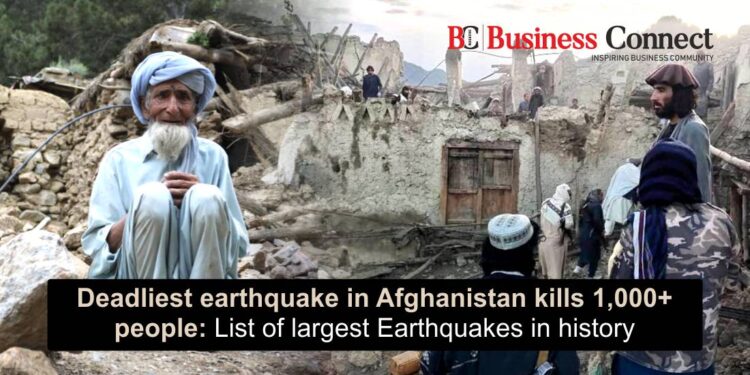 A powerful earthquake struck a rural, mountainous region of eastern Afghanistan near the Pakistani border early on June 22, killing at least 1,000 people and 1,500 people injured, according to reports. Officials warned that the death toll could rise. Information is scarce about a magnitude 6.1 earthquake that damaged buildings in Khost and Paktika provinces. Rescue operations are probably going to be difficult because many international relief organisations departed Afghanistan when the Taliban took control of the nation last year and the withdrawal of the U.S. military from the longest war in its history.

After a significant earthquake struck Afghanistan, more than 1,000 people died. India has pledged to help and support the country in this time of need. In the wake of the tragic earthquake that left over 1000 people dead and hundreds more injured, Indian Prime Minister Narendra Modi announced on Wednesday that India stands by the Afghan people.

An Afghanistan earthquake killed at least 1,000, and the death toll is expected to rise https://t.co/N67RzHy6o5 pic.twitter.com/msQCb05pUX

A powerful earthquake occurred close to the city of Khost in the country’s southeastern part. The Spera District in Khost Province and the Barmala, Ziruk, Naka, and Gayan districts in Paktika Province are the most affected areas. The European seismological agency, EMSC, said the earthquake’s tremors were felt over 500 kilometres (310 miles) by 119 million people across Afghanistan, Pakistan, and India. Large areas of South Asia, along with mountainous Afghanistan and the Hindu Kush mountains, have long been vulnerable to devastating earthquakes.

Largest Earthquakes in the World