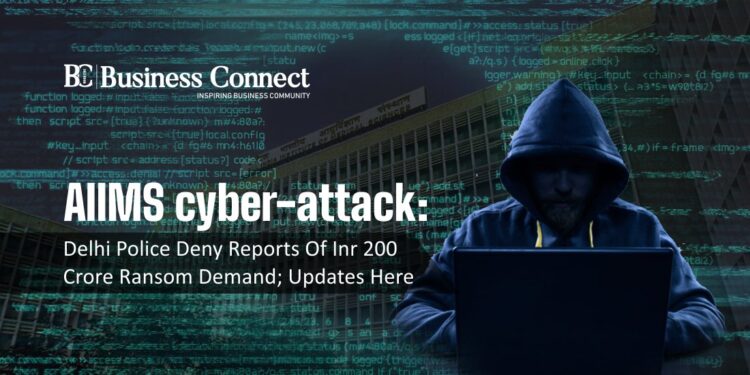 With the server of the All India Institute of Medical Sciences (AIIMS) still down, patient care services, outpatient, inpatient, and laboratory wings were managed manually at the hospital for the seventh consecutive day. Recently, AIIMS said that its server may have been subjected to a ransomware attack.

Meanwhile, the hackers have allegedly demanded an estimated INR 200 crore in cryptocurrencies from the hospital authorities, according to reports. Delhi Police said that no ransom demand, as quoted by certain sections of the media, has been brought to the notice by the AIIMS authorities.

While AIIMS issued a statement saying, “The data restoration and server cleaning is in progress and is taking some time due to the volume of data and a large number of servers for the hospital services. Measures are being taken for cyber security.”

Let us tell you that after the server was hacked, the Intelligence Fusion and Strategic Operations (IFSO) unit of Delhi Police registered a case in this regard on November 25. The search is on for the hacker. Earlier on Wednesday (November 23), AIIMS had reported a malfunction in its server. Since Wednesday, the server is down, and the officials are manually managing the sample collection and OPD.

AIIMS said that efforts are underway to restore online services and it has also sought support from the Indian Computer Emergency Response Team (CERT-IN) and the National Information Science Center (NIC).

Meanwhile, the AIIMS computer facility on Monday wrote to all departments of the institute to back up their files connected to the institute’s network, as they will have to be formatted and cleaned in the aftermath of the ransomware attack. According to reports, the data of about 3 to 4 crore patients could be compromised due to the detection of hacking on Wednesday (November 23) morning.

AIIMS e-hospital server down: Today, AIIMS issued a new set of standard operating procedures (SOPs), which state that admission, discharge, and transfer of patients to the hospital will be done manually till the server gets restored.

The big thing is that the medical records and other information of many renowned people of the country and the world are on the server of AIIMS New Delhi. It includes the medical data of the President, Prime Minister, former Prime Minister, and many other ministers. In this case, the information on the server is considered very sensitive. For this reason, when the possibility of hacking came to light, Cyber Cell was immediately informed and the investigation of the case was started. In this case, IFSO, Special Cell has registered an FIR under Sec 385 IPC, Sec 66/66F IT Act.