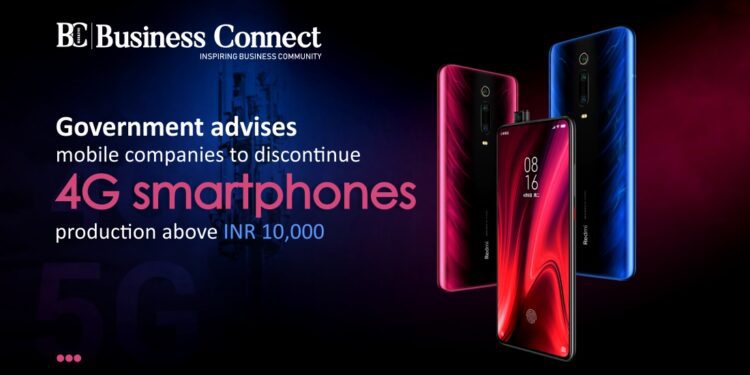 News about 5G services is constantly coming out. Meanwhile, the meeting between the central government and the telecom companies has been completed. In this meeting, some decisions were taken regarding 5G network and 5G smartphones. During the meeting, emphasis was placed on providing 5G support software updates as soon as possible in 5G smartphones. Along with this, it was said to increase the availability of 5G smartphones. The government suggested that smartphone companies should offer 5G connectivity to all smartphones priced above INR 10,000.

This means that soon smartphone companies will stop manufacturing 4G smartphones priced above INR 10,000 in India. In such a situation, all the smartphones sold in the market under INR 10,000 will be 5G. Officials have given three months of time to update and deliver 5G services. A person associated with the meeting has given information about this matter to ANI. On condition of anonymity, the person said that smartphone makers will gradually shift from 4G to 5G.Officials told the media that we have informed the ministry that mobile manufacturers will gradually phase out 3G-4G phones priced above INR 10,000.

Overall, in the coming days, only 5G smartphones will be available in the budget above INR 10,000. Industry experts say that there are 750 million mobile phone users in India. 10 crore people have 5G ready phones. At the same time, more than 350 million users are using phones working on 3G or 4G.

During the meeting, the issue of participation of smartphone manufacturers and telecom operators in the rollout of software firmware over-the-air (FOTA) updates for all 5G devices was also discussed. Some smartphones are 5G compatible but still are unable to run Jio or Airtel 5G services. In that situation, the OEM will now need to publish an update so that the phone can support 5G.

The necessary OTA update will be pushed by several smartphone manufacturers, including Apple and Samsung, in the upcoming weeks and months. Even the most recent iPhone 14 series is not currently compatible with Jio or Airtel 5G. This is the reason why these smartphone users are not able to use 5G connectivity. Airtel recently said in a statement that many of Apple’s models are non-compatible with 5G. Airtel recently said that many of its premium users use Apple iPhones and the company is concerned about the lack of 5G connectivity updates.