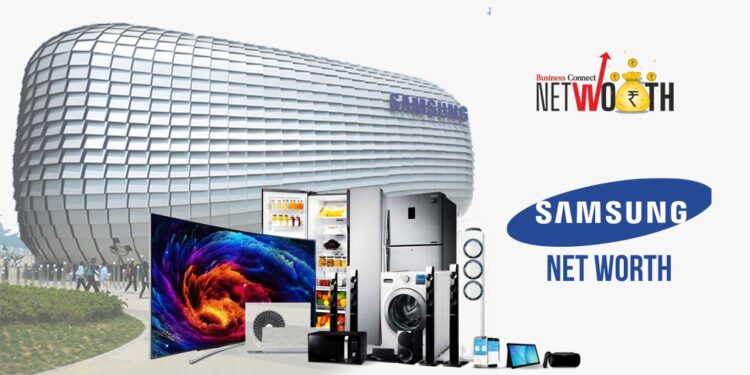 Samsung is a South Korean global manufacturing company with headquarters in Seoul’s Samsung Town. It is the biggest conglomerate in South Korea, with numerous affiliated companies, the bulk of which fall under the Samsung brand. The company is one of the largest patent-holding enterprises in the world with over 3.3 million patents. Samsung is also one of the biggest software and electronics companies in the world.

The South Korean company, which is among the top ten global corporations, is well known for its electronics but has expanded into a wide range of other items. South Korean native Lee Byung-Chul, who was born in Daegu City, founded Samsung in 1938. He belonged to a large landowning family at the time of its founding.

Samsung’s market capitalization as of October 2022 is $262.80 billion. According to the research, this puts Samsung as the 27th most valuable corporation in the world by market cap. The market capitalization, often called as market cap, is a measure of a company’s value that considers all of the outstanding shares of a publicly listed company. Samsung Electronics reported sales of about 77.2 trillion South Korean won, or 57.36 billion U.S. dollars, in the second quarter of 2022. Over 25 billion US dollars of this total were generated by the South Korean tech giant’s mobile communications section, while another 16 billion were generated by its semiconductor industry.

Samsung’s owner and founder Lee Byung Chul, before his death in 1987, had a net worth of roughly $35 million. Today’s position of the Samsung company is credited to his global perspective. The company also made him once the richest man in Korea.

The last Lee family member, Lee Kun-hee, has been identified as Samsung’s owner. At the age of 78, he passed away in October 2020. Although he had four children—two sons and two daughters—none of them had ever been named the owner of the Samsung corporation, even though they were all quite wealthy in South Korea. Their father appointed them to leadership roles within the company.

Lee Kun-Hee, the grandson of Samsung Byung-Chul, the company’s founder and owner, died with a fortune of $20 billion. While he was the owner and CEO of the Samsung group, his net worth helped him become the wealthiest person in South Korea.

Samsung was established in 1938 by Lee Byung-Chul, a native of Daegu City in South Korea. He came from a large land-owning family. The business, which started out as a tiny trading firm specialising in dried fish, grains, and noodles and employing about forty people, was known as Samsung Sanghoe. Lee moved the company’s headquarters to Seoul in 1947 as the business expanded. He founded a sugar refinery in Susan and later the biggest woollen mill in Daegu, both of which are still in business today. Lee set out to achieve his goals because he wanted Samsung to become a leader in a variety of areas.