No Result
View All Result
Home Entrepreneur of the year 2020

by Ravi
in Entrepreneur of the year 2020

Studio 69 started as a small enterprise in 1998, intended to give music lovers and party-goers an unforgettable experience. Little did they anticipate that this love for music would make them the most sought-after entertainment provider someday. The company started out from the back of a garage in Ludhiana, spearheaded by Bhanu Ahuja. From its very inception, Studio 69 was reputed for its mind-blowing Wedding Mixes and overall great taste in music. It gained a lot of fame in Punjab, and that gradually led to the evolution of the company into a complete event planning and entertainment management initiative that it is today.

Eventually, it was high time for Studio 69 to diversify, after gaining much fame in Punjab. Mr. Ahuja started with visiting exhibitions, corporate events, met some light & sound vendors and planned to take a step ahead as a Production Company. Working as an Artist Management Company so far, Studio 69 had hosted many renowned artists in Ludhiana. It had become a reliable hub for the people to be advised about and hire the best artists: local, national as well as international.

In 2012-13, the company expanded and became a one-stop-shop for weddings as a Wedding Planner. With the trust of people in them and the hard work of the team, the company has till date managed more than three hundred weddings in Ludhiana, Chandigarh, Delhi, Manesar, Jaipur, Udaipur, Goa, Kerala, Alibag, Mussoorie, Dubai, Bangkok, Bali & Dubai.

What started as a fun endeavor resulted in a successful brand bringing some structure to the very unorganized industry of music in parties, events, and entertainment. From a one-man army, Studio 69 evolved into a team of a hundred and fifty people operating across five verticals:

1: Sound, light, video-led special effects and fabrication. Studio 69 has built up a huge inventory to take care of multiple functions in one single day, be it a social or corporate meet or a concert. From organizing fifty people to a large audience of fifty-thousand: Studio 69 has been there, done that.

2: Rated the best in sound and production, Studio 69 moved on to becoming a complete package of booking artists and taking care of the technicalities and logistics. This led to the emergence of Entertainment Management And Promotional Consultants, a one-stop shop for all kinds of Celebrity Management.

3: From Studio 69, the company graduated to Entertainment Management and Promotional Consultants, and then to Plan My Shaadi Pvt Ltd. This vertical was started to cater to a growing demand for the professional management of local, national and destination weddings.

4: Professional Audio Visual Solutions Pvt Ltd started after spending close to two decades in the sound and light industry. It led to major installionations of night clubs and home theatres in and around Punjab.

The Journey So Far

Hailing from a small town in Ludhiana, Mr Ahuja completed his MBA from Newport University California in Mumbai. It was his summer internship project that gave him an insight into the industry he is dominating today.

During the summer training with a leading production house, he started training to be a DJ. He was a natural at it, and realized that the DJ has the power to make people dance to his tunes, and getting paid to party was like an icing on the cake.

The journey of Studio 69 began in the late 90s when the only ‘culture’ the industrialists were familiar with was ‘agriculture’. DJing was altogether a foreign concept for them. Big weddings have been a trend for ages. The people in Punjab had the potential to spend but weren’t aware of how to spend on the “entertainment”. This is where Mr. Ahuja’s creativity stepped in. Along with a couple of friends, he started playing at the small parties wearing T-shirts with the tagline ‘Party Professionals’, and soon this became the talk of the town. People started calling them for playing at parties and events, not only in Ludhiana but across other places in Punjab.

“This field is about presentation and influencing the masses, and eventually DJ Bhanu, my name, gained fame and people started recognizing me for my music.”

No entrepreneurial journey has ever come without challenges, however. Mr. Ahuja conquered his fair share of obstacles while launching Studio 69.

In a time where there was no social media to make promotion and advertising easier, the popularity that Studio 69 gained was solely due to word of mouth.

When starting out, Mr Ahuja had a tough time explaining to his parents his newly acquired skills of professional DJ and Event Manager. They were apprehensive of this career decision. Secondly, sourcing music was an issue in a time when compact discs had just been introduced. Music was mainly available on cassettes and turntables, and there was an additional lack of professional equipment.

The lack of knowledge about this industry and its technical issues also made it impossible to rely on local vendors for the equipment. Mr Ahuja ended up going back to Mumbai and picking up the latest equipment (sound and lights) to have an in-house inventory himself.

His hard work, perseverance, and willingness to venture out to new, unexplored domains has made Studio 69 what it is today: a shining star in the horizon of Big Entertainment.

Here’s an inexhaustive list of awards Mr Ahuja and Studio 69 have been showered with during their time in the entertainment industry:

The latest project for Mr Ahuja is the opening of the first college of Audio Engineering in Punjab. He also plans to take out an IPO for the company. Studio 69 is well on its way to revolutionize the entertainment industry entirely Entrepreneur of the year 2020

Paving The Way For Organic Farming: Krishi Bio Science Pvt Ltd Written By: Kriti Anand About The Company With the... 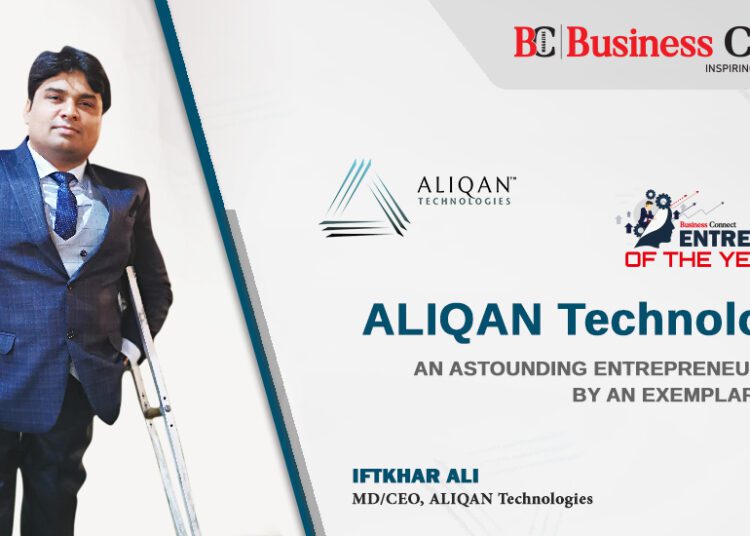 Entrepreneur of the year 2020

ALIQAN TECHNOLOGIES:  AN ASTOUNDING ENTREPRENEURSHIP LED BY AN EXEMPLARY LEADER Entrepreneurship is not a destination but a journey; not only...