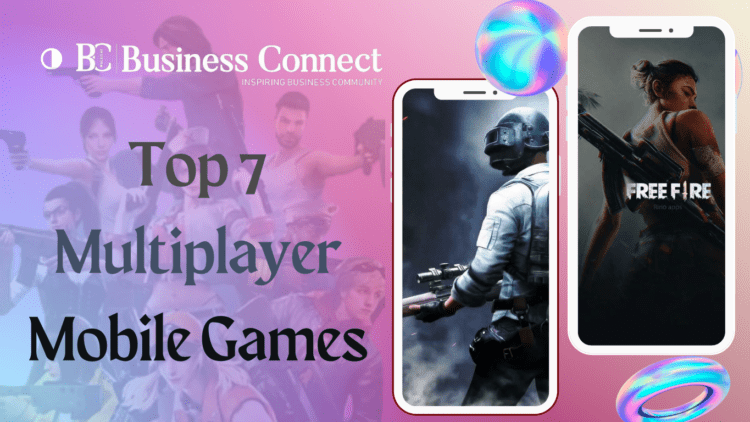 In a little over ten years mobile gaming has gone from being kitsch, arcade-like titles to huge, AAA titles from some of the world’s largest gaming studios. And thanks to the fact that most people own a smartphone, it has also become one of the primary venues for multiplayer gaming!

If you’re looking for a title to kick back with friends, look no further than this list of seven of the best multiplayer mobile games you can download today.

This free-to-play action RPG game takes Breath of the Wild and fits it into your mobile or tablet. Blending the free exploration of the aforementioned Zelda classic with tense combat and multiplayer elements, Genshin Impact exploded onto the scene in 2020 and has been enjoyed by countless players since.

To be clear, Genshin Impact isn’t fully co-op from the off. Instead, you’ll need to progress a portion of the story before unlocking it. Specifically, you’ll need to reach Adventure Rank 16. But when you do unlock it or simply buy a Genshin Impact account with AR and characters you want, you can do plenty of open world exploring, boss slaying, daily quests and other challenges with friends!

Drawing on the success of Genshin Impact, Tower of Fantasy uses similar world design and combat but pushes it in the direction of sci-fi. Multiplayer fans will also be excited to hear that it is far more like a traditional MMORPG than Genshin Impact, meaning you’ll be able to play with friends from the get-go. You’ll also naturally meet many more other players while you play.

If you’re looking to team up with friends, it’s worth noting there are only some modes you can explicitly play co-op with. These are Joint Operation, Dimensional Trials, Interstellar Exploration and Void Rift. But the good news: you can cross-play across platforms, meaning you’ll be able to play with friends even if they’re not on mobile.

Let’s be honest, Minecraft needs no introduction. And thanks to Minecraft’s lightweight package, the game is virtually the exact same game as the Minecraft: Windows 10 Edition. That said, you won’t be able to integrate third-party mods into this version, if that’s what you’re into.

Minecraft Pocket Edition is perhaps the best way to play Minecraft with friends, or even by yourself, given its portability and endless fun. Like, literally… It’s just Minecraft… You can’t get much better than that!

You do this by strategically playing “cards” (soldiers, spells) from your hand in order to deal damage, defend and throw curveballs into the game. With matches being short, and the 2v2 mode offering a fair amount of co-operative gameplay, this is a great, light, play for a duo!

If you’re looking for something to do when physically with friends, Pokémon GO is perhaps the ideal mobile game for exactly that. Unless you’ve been living under a rock, you’ll know the premise. It’s the same catch-em-all mentality of Pokémon but translated to the real world through Augmented Reality.

Where you act as a trainer walking around your local area catching Pokémon based on your GPS data. You also have plenty of other things you can do in app, from training up your Pokémon to trading and more. But it’s a great way to spend time walking with friends! If you’ve never tried Pokémon Go, you may feel a little behind jumping in 6 years after release; so get yourself up to speed by purchasing top-tier items and Pokecoins.

Nintendo’s Mario Kart is potentially one of the best party games of all time. And Mario Kart Tour takes that legendary spirit onto mobile.

Choose between motion controls or touch controls as you race your favourite Maio characters through iconic tracks, old and new. Honestly, it’s just Mario Kart on mobile and it’s great… There’s not much else to say. If you’re a fan of Mario Kart, it’s time to hit download.

Exploding in popularity during COVID lockdowns, Among Us! Has actually been around on mobile since 2018. The game consists of rounds where players (crewmates) need to complete tasks around a colourful pace station… The catch? One of you is an “imposter” who is tasked with killing all the crewmates without being caught.

And if a dead crewmate is found, the players get to vote on who they think the imposter is ejecting them out into space. This is an awesome play for larger groups, as it results in a whole host of finger pointing, defences and hilarious twists and turns. Thus, if you’re looking for a mobile game to play with a big group, this is the one.

iPad mini launch soon: specifications, India price, and everything we know so far