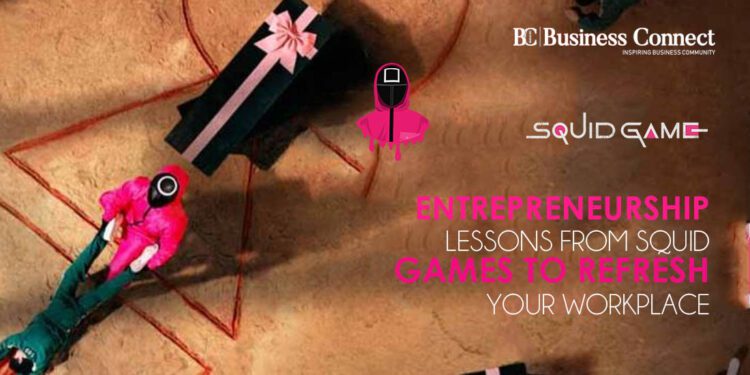 “There are many players and Life is always like a game. If you don’t play with them, they’ll play with you so it’s time to play”

Squid Game series follows 456 people in an unsustainable economic situation as they compete in highly lethal children’s games for a chance to win a financial reward in a dark, intriguing survival game that could change their life. Squid Game has since become one of 2021’s most popular shows, and surprisingly, it contains some valuable life and business lessons. It’s well-made and suspenseful, and it’s become a worldwide phenomenon. With memes, viral TikToks, and so much social media debate, the show has become a viral sensation, as Netflix shows always do.

The majority of Squid Game participants tried to hurry through every challenge, and they paid a high price for it. We live in a world that demands our undivided attention at all times. Our lives become a sequence of tasks: picking up the kids from school, going to work, paying bills, and repeating the process the next day. Instead of enjoying our meal, we are preoccupied with who will do the dishes. Because of the constant haste, we are forced to think about things before people. While having a plan is crucial, don’t lose sight of the most important aspects of your life: your health and your relationships.

Believe in your strength

The tug of war was one of the most intriguing games in the Squid Game. Competitors were required to construct a ten-person team and allocate positions depending on their strengths. The game was won by those who chose positions that were compatible with their strengths. The best communicator, for example, was placed first. He was able to keep track of the competition and explain his team’s strategies. You may not be the best communicator on your team, but you can be the most innovative. Always put the appropriate person in the appropriate seat. They will be able to feel fulfilled and provide greater service to your firm.

Red light – Green light game demonstrates that speed isn’t as crucial as progress. Stop, ponder, re-evaluate, move with a plan, and proceed according to instructions when going too fast is fatal. Make progress toward your goal by following a strategy. Moving quickly isn’t important because everyone’s goal will be accomplished at a different speed.

Players in the honeycomb game are given only a sewing needle with which to cut out a candy form without breaking it. When Gi-Hun (#456) is under duress and out of time, he discovers that licking the back of the candy helps release the shape. When the other contestants see this, they follow the same. The lesson here is that others will follow you if you show leadership.

You come last but you are not a failure

The Glass game was based on luck. Nonetheless, it teaches an important lesson. Last place does not imply failure. In reality, learning from other people’s mistakes and making better-informed decisions has a benefit. People who are ahead of you may fail first because they were ahead of you and faced problems unprepared. You may always learn and grow from them, making you more prepared and experienced in battle.