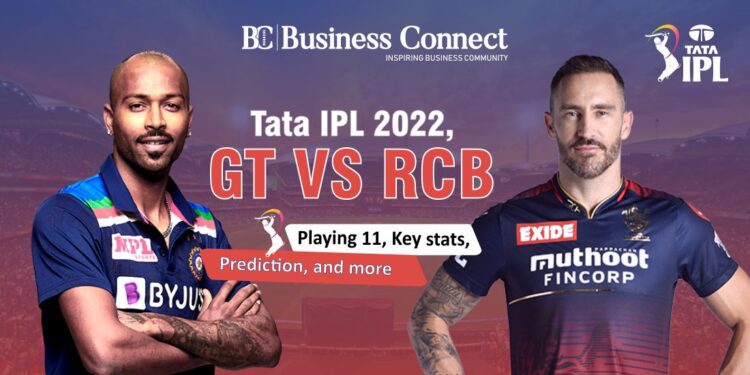 Gujarat Titans (GT) will face Royal challengers Bangalore (RCB) in this match number 43 of Tata IPL 2022 at Brabourne Stadium, in Mumbai on Saturday, April 30. Both GT and RCB teams are very confident about their upcoming match as they are the winning teams in their respective previous matches.

Gujarat titans are at the top of the point tables with seven wins in eight games so far in IPL 2022 and win by scoring 25 in the last over against Sunrisers Hyderabad and RCB wins by scoring 10- runs over Sunrisers Hyderabad. This time GT and RCB are standing face-to-face with each other and both the teams are looking for a win that helps them to stand in the finals.

The Pitch at this venue supports both bowlers and the batters. Batting first will be an ideal choice as the surface gets slow as the match progresses. The captain that wins the toss is told to do bowling first despite the heat that is like burning in the afternoon which does’ t mean that the pitch was bad for batting. The lowest score of this session IPL was recorded in the previous game on this ground in which the RCB side was bundled out for just 68.

The probable best batter of the match: Hardik Pandya

Hardik Pandya is a right-handed batsman from Gujarat Titans. In his previous games, Hardik is beaten for the pace against Sunrisers Hyderabad and is expected that he will make up for the failure in the upcoming matches. He is an all-rounder and has accumulated 305 runs and collected 4 wickets in the tournament so far.

GT to win the match.