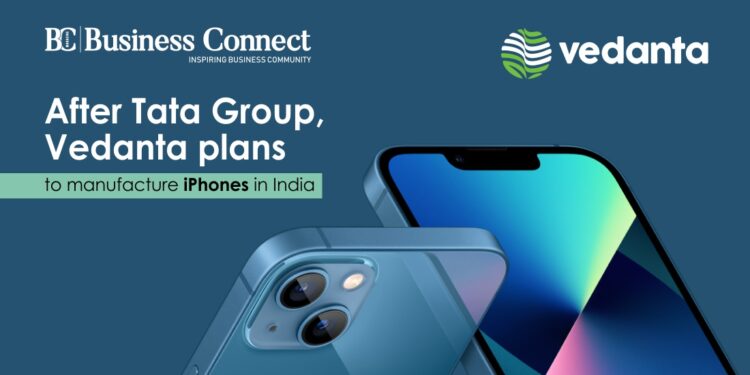 Recently, Vedanta and iPhone supplier Foxconn signed an agreement to set up a semiconductor project in Gujarat. Vedanta and Foxconn will invest $19.5 billion (INR 1.54 lakh crore) in the joint venture. Now, Vedanta Chairman Anil Agarwal revealed that the company will set up a hub in Maharashtra to manufacture iPhones and other television equipment.

Agarwal recently spoke with CNBC TV18 and shared details about Vedanta’s iPhone production in India. Not only Vedanta but the largest Indian conglomerate, the Tata Group, is said to be in discussions with Apple supplier Wistron to form a local joint venture to produce electronics, including the iPhone. For the first time, the Tata group is examining the possibility of manufacturing smartphones locally. Currently, the company manufactures salt, cars, electric vehicles, and software in India.

Like Vedanta, Tata is yet to confirm the move, nor has any company given a timeline for plans to set up the hub. As the COVID lockdown has hit China’s supply network, Apple is keen to diversify its manufacturing away from China. Although manufacturing of the iPhone 14 will soon begin at Foxconn’s Chennai plant, the device won’t be cheap for Indians, since Apple is still procuring components from China.

The mining giant will hold 60% in the joint venture while Taiwanese chip maker Foxconn will hold the remaining 40 percent. The JV became the fourth to announce plans under the INR 76,000-crore production-linked incentive (PLI) scheme to boost chip-making capabilities in the country.

Vedanta’s stock climbed 8% to its highest since June 10. For the unaware, Apple has already partnered with three suppliers to manufacture iPhones in India, including Foxconn, Wistron, and Pegatron. iPhone 12, iPhone 13, iPhone SE, iPhone 11, and a few more models are among the iPhones that are manufactured in India.