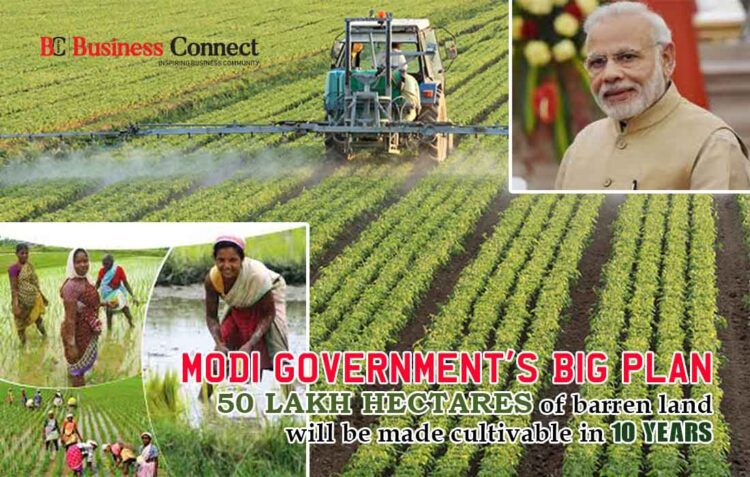 Modi Government’s big plan; 50 lakh hectares of barren land will be made cultivable in 10 years

India is an agricultural-based country. The agricultural sector of our country provides a livelihood to over 50% of its population. In fact, this sector contributes 18% to the country’s GDP. However, the agricultural sector needs proper irrigation facilities and other amenities to reap proper benefits to the society. Therefore, Union Minister Prakash Javadekar said that the central government will make 50 lakh hectares of unproductive land into the cultivable farmland, in the next 10 years.

For this plan, the central government will also enter into an agreement with the United Nations Convention. This plan will make the barren land agriculturally better. Prakash Javadekar said that the central government’s plan is to make 50 lakh hectares of barren land eligible for cultivation in the next 10 years. This plan will provide employment to nearly 75 lakh people. He also told that from 2nd to 13th September, the United Nations CCD COP-14 (UNCCDCOP14) i.e. United Nations Convention to Combat Desertification Conference is going to be held in India for the same cause.

There are approximately 16,996,000 hectares of unfertile land in the country at this time. The government is constantly making efforts to make it cultivable and now they have launched a plan to make proper efforts. To improve this cause, the central government will work with the governments of various states in their agricultural problems.