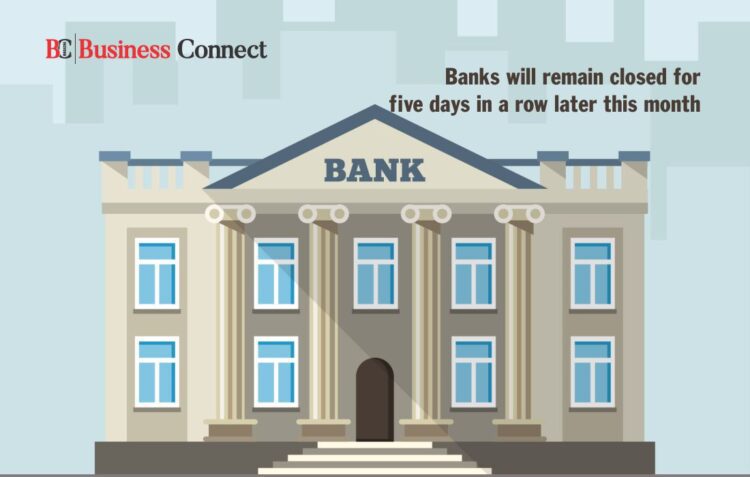 Bank services will be stopped later this month, for almost five days in a row respectively, for the reason behind the case of PSU and bank merge. Trade unions and associations of banks have announced a two-day nationwide strike, which is beginning on Thursday, September 26.

To make things worse on baking services for customers, the bank strike is followed by two-day holidays on account of the second Saturday and Sunday. Along with the four-day break is likely to affect bank operations such as cash deposit, salary credit for employees as it is last days of month and cash transfers online. The baking strike will result in hardships for customers on financial matters who need to plan their transactions during this period.

Bank services will be stopped later this month

On the other hand, Monday, September 30, it is not an RBI declared bank Holiday but it is the day of the half-yearly closing month and the public is dealing will be effective with severely restricted holiday.  Hence, a good five days for banks from September 26 to Monday September 30 will be drastic for public. Additionally, the banks will remain open for one day on Tuesday 1st October and then again on October 2 closed on account of Gandhi Jayanthi as a national holiday.

These four day breaks, plus one other day barring on bank system on September 29, which happens to be a Sunday is likely to affect bank operations including cash deposits, salary credit for employees and cash transfer, resulting in hardships for customers who need to plan their transactions during the period of strike.

This scenario is generated after the Finance Minister Nirmala Sitharaman announced the merger of 10 different government-owned banks into just four entities public sector bank. This matter has caused the unions for a nationwide two-day strike in protest.