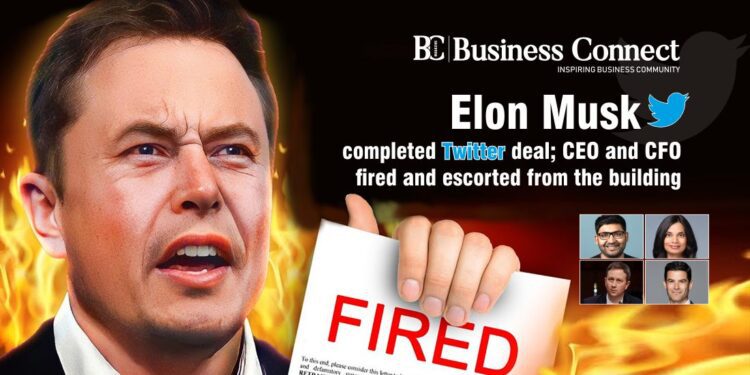 Musk tweeted “the bird is freed,” in an apparent reference to the deal closing.

the bird is freed

“At least one of the executives who was fired was escorted out of Twitter’s office,” the report said.

Elon Musk announced the purchase of Twitter on April 13 this year. He had offered to buy the social media platform for $44 billion at the rate of $54.2 per share. But then due to spam and fake accounts, he put Twitter deal on hold. After this, Twitter rejected the claim and responded with a lawsuit against the billionaire to force the deal. Recently, Delaware Judge Kathaleen McCormickordered Musk to complete and close the deal by 5 p.m. On Friday, October 28, but the Tesla CEO completed the deal a day before the deadline.

In April of this year, when Mr. Musk announced his intention to purchase Twitter, there was an immediate buzz that Mr. Agrawal will be fired. And research company Equilar had estimated how much he would receive in that scenario. The company had revealed that Parag Agrawal would get an estimated $42 million (INR 3,457,145,328) if he is terminated within 12 months of a change in control at the social media company.

Equilar’s estimate includes one year’s worth of Mr. Agarwal’s basic salary and an accelerated vesting of all equity awards, reported Reuters news agency. This calculation was based on the Tesla CEO’s offer price of $54.20 per share.