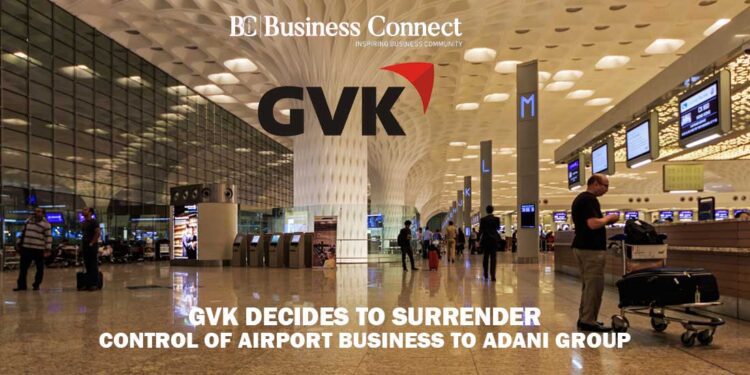 The Adani Enterprises Ltd, through its flagship holding company for its airport business- (AAHL) Adani Airport Holdings Limited, has got into an agreement to acquire the debt of (GVKADL) GVK Airport Developers Limited, a subsidiary of GVK Power and Infrastructure Ltd, both the companies have informed stock exchanges. When the transaction gets complete, the Adani Group will receive control over the second busiest airport in the country in Mumbai.

Adani Group will also take steps to complete the acquisition of a 23.5 percent equity stake from ACSA and Bidvest in MIAL for which it obtained a (CCI) Competition Commission of India approval.

According to the agreement, AAHL will obtain the debt of GVKADL from its airport lenders. The two groups have agreed that AAHL will also offer a stand-still to GVK as per the release of the guarantee given by GVK Power and Infrastructure Limited concerning the debt acquired by it.

Stating on the development, Dr. G.V.K. Reddy, Founder & Chairman, GVK said, “The aviation industry has been severely impacted by COVID-19, setting it back by many years and has impacted the financials of Mumbai International Airport Limited. It was, therefore, important that we bring in a financially strong investor in the shortest possible time to improve the financial position of MIAL, as well as to help achieve financial closure of the Navi Mumbai International Airport project. It is under these circumstances that we agreed to cooperate with Adani so as to achieve these twin objectives. Further, when the transaction is consummated, which is subject to customary approvals, we would be reducing a significant portion of liabilities to our lenders, which is of utmost importance to the group.”

Adani Group, in March 2019 agreed to acquire a 13.5% stake of South African company, Bidvest for Rs 1,248 crore. However, GVK Group blocked the deal demanding the right of first refusal.

Purpose of Brands in a post-pandemic world