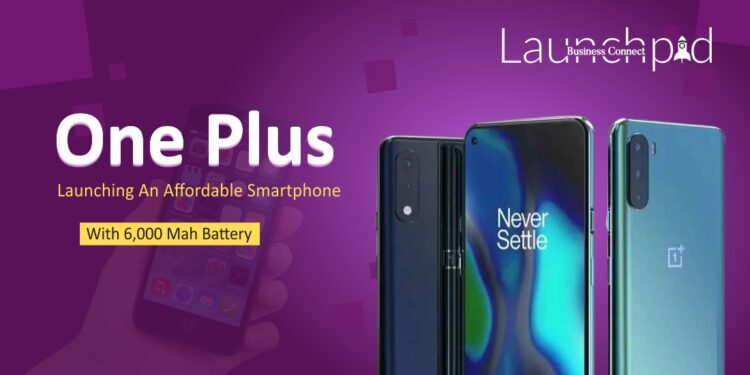 One Plus Launching an Affordable Smartphone with 6,000 mAh Battery - Business Connect

OnePlus is the latest trend that people are running after but sometimes it feels like beyond the budget. It has come up with a solution to make sure that it reaches the people by introducing OnePlus Clover, a budget-friendly smartphone that will make its entry into the budget segment.

The phone is confirmed to be arriving soon and will be launched globally which would even include the US. The smartphone is highly expected to be powered by the affordable Qualcomm Snapdragon 460 processor and focuses on the battery section with a huge 6,000 mAh battery, much like Realme and Samsung. The battery is likely to be supporting 18W fast charging.

The OnePlus Clover is likely to feature a 6.52-inch HD+ IPS LCD display. It could be equipped with 4GB of RAM and 64GB of storage, which can be expanded with the help of a microSD card. It could include three rear cameras (13MP main camera, 2MP macro lens, 2MP depth sensor). However, there is no confirmation on the front camera configuration. Additionally, the device is likely to run OxygenOS based on Android 10, support a 2.5mm audio jack, Wi-Fi, Bluetooth 5.0, and fall under $200 (INR around Rs. 14,600).

Since OnePlus has always focused on mid-range smartphones and has launched high-end ones eventually, it would be interesting to see how the company performs in the budget price section.