by Anurag Tiwari
in Lounge Interviews, The Most Influential Business Leaders To Follow in 2021 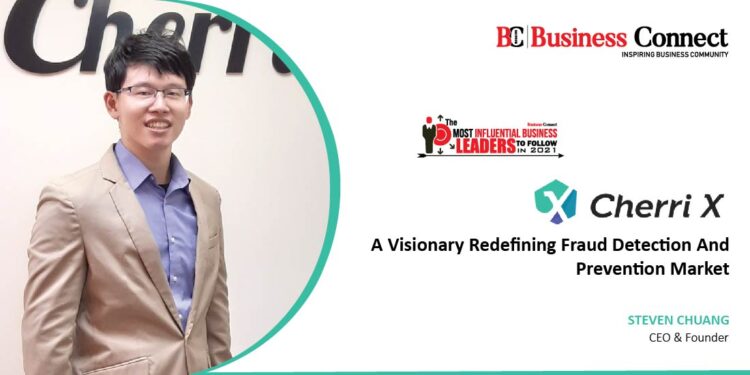 Even after attaining the reputation of an influential leader, vision and focus have been the primary persistences for Steven FJ ChuangFounder and CEO of Cherri Tech, Inc. Founding and successfully leading an MNC in his late 20s and making it one among the Top 100 FinTech companies in the world is not a normal happening. This has grabbed the eyeballs of several media and publication houses and everybody has one single question to ask-How did he do it?

On that note, Business Connect also decided to feature Steven’s success story in its brand new edition and ensured coverage of various aspects of his journey thus far. When we sat down for a virtual coffee session with him, our team cracked the conversation by asking about his leadership insights, to which he replied, “People think that I am good at making money, but in fact, I just focus on researching and developing products with the team in an innovative environment and try to make life fun.

My long-term and international vision has helped me forge ahead in one direction only and by harnessing the power of creativity, I have been able to innovate and ameliorate the technology of our offered products and services.”

Then proceeding ahead with the inspiration that led to recognizing him his vision and mission, he reveals that it all started when the company was approached by an online business to collaborate with them based on some offerings. They lured the company into favourable terms intending to ensure considerable investment according to the proposition. But, Steven identified some red flags. Later, after thorough evaluation and inspection, that company was identified as a transnational fraud group.

He explains the scenario as, “ Since then, we have realized that internet fraud incidents have had a negative and serious impact on many people’s businesses and even their lives.” It was the light bulb moment when the leader concluded to invest in online transaction risk detection and prevention for commonalities as well as businesses. And today, Cherri Tech, Inc. guarantees its partners safe trading ways and peace of mind while interacting with the internet, eventually making lives better.

Though Steven never aspired to establish himself as a leader, he eventually became one with his stirring vision to acknowledge his responsibility towards society and an exclusive mission to create the digital place a safer and better place to interact with. After embarking upon this exhilarating mission, he build a team of industry professionals and moved ahead to implement his vision and turn his dream into a living reality. And today, he has done absolute justice to his business objectives set by him, years back.

BUSINESS PORTFOLIO AT A GLANCE
The online transaction risk detection and prevention space has witnessed the emergence of some eminent organisations heavily adding substance here, in the past decade. When Cherri Tech entered this area, it didn’t start reckless product development. Rather, it primarily focused a major portion of its time and energy on comprehending the fraud patterns, customer pain points, and past risk engine operation methods to get some indepth insights into the industry.

Gradually, owing to its adept team’s individual corporate experience in the financial and payment industry, the company introduced extraordinary tech- innovations that brought considerable change here. Such development complements the inadequate considerations in detection and prevention through the development of new technologies, affirmed the founder. All of this made Cherri Tech, Inc. rank 63rd Fintech company out of Global Top 100 by KMPG in 2017, alongside becoming the official Tokenization and DID partner certified by Visa and Mastercard, speaking of its impact scale across the space.

Moreover, what gives the company an edge in the market is Cherri X that has over 100 pre-defined models targetting different industries to enhance risk tolerance, plus, develop a deep model tuning capability for clients leveraging new-fangled ML technology. Also, Cherri Tech extends white label support to its clients in terms of its commercial prospects for effortless adoption of Cherri X as their value plus, add-on feature to the service.

Majority of their cleints are immensely satisfied with their services due to their simplified ways of implementation and execution of the services with a safe online consumption environment that leads to better performance of the businesses.

AN EXCEPTIONAL WORK CULTURE
To align each employee with the company’s objective to effectively fight the online fraud issues, the management of the company emphasises a perfect balance of personal and professional life of its workforce. In this direction, they have shortened work hours to relieve the employees of hectic schedule alongside eradicating the clock-in system to allow employees to learn self–management. Performance appraisal and on-time promotion based on dedication and hard work of the employees are ensured by the management to keep their spirits high. Transparency, an open-door policy and a free-work environment are the cornerstones of Cherri Tech’s exemplary work culture.

This has surprisingly stimulated agility, creativity and innovation among the individuals, claims Steven. He further adds, “ We strive to accompany employees to establish a positive, focused, and self-motivated work attitude, and encourage employees to speak freely in each meeting to establish a consensus from communication with employees. All ideas will be valuable to the company as long as the proposal is constructive and not purely critical. The most important thing is to cultivate the ability of employees to be proactive in solving problems.”

WHAT DO THEY TAKE PRIDE IN?
When most of the prospering organisations/leaders boast off their bagged rewards and recognitions, Steven claims that awards and accolades are not what he takes pride in. For him, there are 2 biggest achievements that he wanted to highlight in this article— 1. Zero negative comments from customers! 2. Low employee turnover rate!

Though these two aspects may feel trivial to many people, Steven’s business has always strained every nerve to support these only. The insightful leader believes that these two parameters make any organisation stand apart while paving its path to a thumping success, where Cherri Tech has proved its prominence already. “Client contentment and growth of employees are our greatest milestones and glory!,” he concluded.

CSR ACTIVITIES
Two years ago when Cherri Tech was growing in leaps and bounds, they were heavily into social services. But since the Covid-19 pandemic hit the world, Cherri Tech’s active participation in such activities was slowed down. But even amid the hard times, they kept up with their endeavours to serve society in the best possible manner. He reminisced one such initiative by the management for team engagement activities, “ We organized a team building for employees and visited a nursing home at the same time during that activity.

On that day, our employees played the guitar and sang songs to provide some live entertainment for the elderly. Whereas many other employees accompanied the elderly in dining, help them turn over, perform simple muscle massage or chat with them. In this process, the company deliberately hopes that everyone can learn and experience from “Paying” instead of “Requesting” that everyone is used to in their daily lives.” By this, they delivered an intriguing message that CSR is not only about monetary help, but being compassionate and caring are equally effective.

A GLIMPSE OF THE FUTURE OUTLOOKS
The future poses a great threat to the online transaction domain with the development of technology and here, governments, financial institutions, or e-commerce platform operators from various countries are adamant about investing in online transaction security and data processing security.

Hence, to make a difference here, the company is determined to render professional, accessible, easy-to-operate, and high-precision risk control systems in the field of transaction risk management and control to assist customers to deal with such fraud related issues. And as a trend-setter, Steven will continue to act as an observer, analyst and participant in terms of operation direction, product planning and sales strategy with his apt teammates to address many untapped pain points in this space.

WORDS OF WISDOM BY THE LUMINARY
“There are indeed some things I can share with the budding entrepreneurs:

QUALITYKIOSK The Employee-Centric QA Firm is All Set to Conquer the Digital Tides with its Intuitive and Innovative Solutions QualityKiosk... 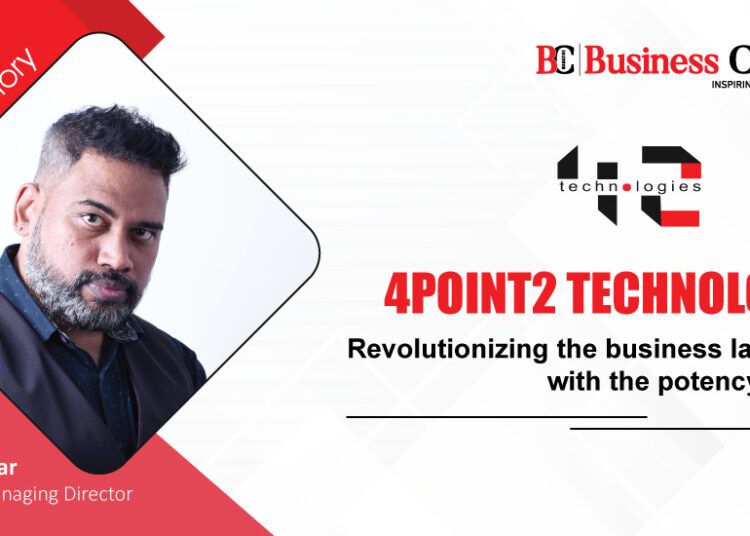 4point2 Technologies Revolutionizing the business landscape with the potency of AR… In the current scenario, content is a big differentiator...