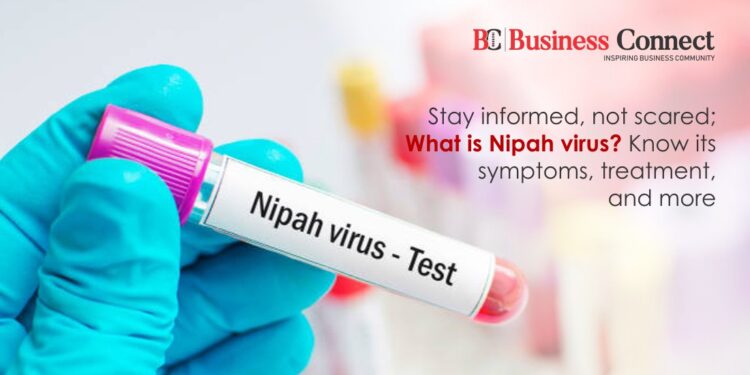 Experts are concerned about a new problem as the country continues to battle with the Covid infection, mainly the threat of the Delta Plus variant. Scientists from the National Institute of Virology (NIV) in Pune have identified Nipah virus antibodies in two species of bats in Maharashtra, according to news reports. This is the first time, and therefore, has created fear. Nipah virus (NiV) is believed to be on the World Health Organization’s top-10 priority list of pathogens.

The death of a child in Kerala as a result of Nipah virus infection has created fear and forced the government to act quickly to stop the virus spread. Anyone who had been in close touch with the infected (now deceased) child has been isolated for monitoring and precautionary purposes. Recently, the health service announced that 251 of the child’s contacts had been identified, with 129 of them being healthcare staff.

What is Nipah Virus?

Nipah virus (NiV) is a zoonotic virus that is spread from animals to humans. It can also be passed from person to person or through contaminated food. It is spread by fruit bats. It can cause major issues in those who are infected, such as acute respiratory illness and fatal encephalitis. The virus does not spread through the air, rather, it is spread by bats and pigs. It is harmful not only to people but also to animals.

How does the Nipah infection spread?

The main cause of infection in humans is eating or sharing food and fluids that have been contaminated with saliva and droppings of infected bats. When a human is infected with this virus, it can affect individuals who are in close vicinity to the patient. According to experts, the virus had previously mostly remained in a cluster, which meant it was mostly confined to a specific area.

Currently, no specific treatment is available for this infection. You should see a doctor if you notice any of the symptoms listed above. They will verify the virus’s diagnosis and offering you supportive care. In addition, the doctor will prescribe medication to treat encephalitis and other symptoms. Self-medication is dangerous and can worsen your health.

Precautions to avoid the virus