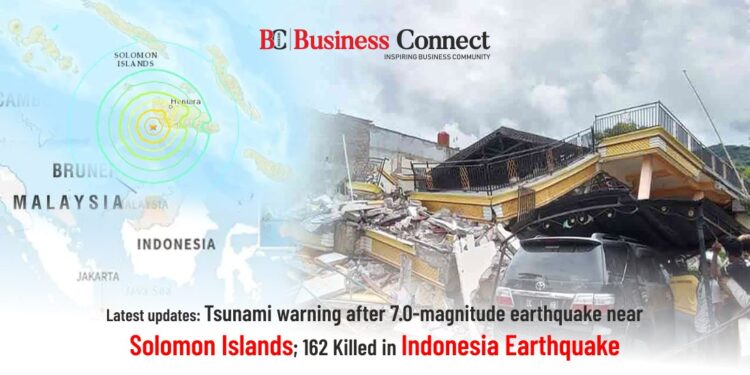 The Solomon Islands prime minister’s office advised people to move to higher ground but insisted there was no major damage to buildings in the capital, Honiara.

Earlier on Monday (November 21), 162 people died and hundreds were injured due to a severe earthquake on the main island of Indonesia, Java. The intensity of this earthquake was measured at 5.4 on the Richter scale. Many buildings have been damaged in Indonesia due to the earthquake. During the earthquake, people were seen running in the streets and lanes to save their lives. Many people have been badly injured in this terrible earthquake, whose treatment is going on in the hospital.

Indonesia’s Disaster Mitigation Agency (BNPB) said more than 2,200 houses were damaged and more than 5,300 people were displaced. West Java governor Ridwan Kamil said the death toll could increase since many buildings had collapsed, Reuters reported. “There are residents trapped in isolated places … so we are under the assumption that the number of injured and deaths will rise with time,” he said.