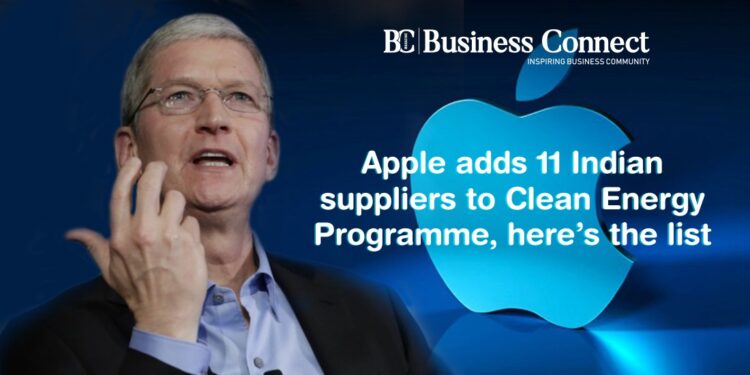 Apple Inc. said on October 27 that 11 production locations in India run by suppliers have joined the tech giant’s sustainable energy initiative, which seeks to make its supply chain and products carbon neutral by 2030.

According to the firm’s official statement, 175 Apple suppliers will switch to renewable energy as part of the initiative, and the business and its suppliers will put more than 9 gigawatts of clean energy online throughout the world. According to Apple, this move will save over 18 million metric tonnes of CO2e every year, which is the equivalent of removing over 4 million automobiles from the road. Over the previous year, the number of suppliers committed to utilizing 100 percent renewable energy has more than doubled.

The momentum of suppliers adopting Apple’s environmental pledge will be observed in other nations as well. Apple’s Clean Energy Program has 19 suppliers in the United States and Europe, respectively. A total of 50 suppliers in China will participate in the initiative.

Apple claims that its global activities are already carbon neutral. It now wants to have a net-zero climate effect for every Apple product sold by increasing its suppliers’ dependence on renewable energy. There are many other aspects to this dedication. Apple is supporting the use of recycled materials in its products, in addition to guaranteeing that its suppliers employ renewable energy. Apple claims to use recycled metals such as gold, cobalt, aluminium, and rare earth elements in their devices, among other things. This, as can be seen, reduces the need for carbon-intensive mining while also conserving resources.

Apple boasts that it is already carbon neutral throughout its worldwide operations and that every Apple gadget sold by 2030 will have a net-zero environmental effect.