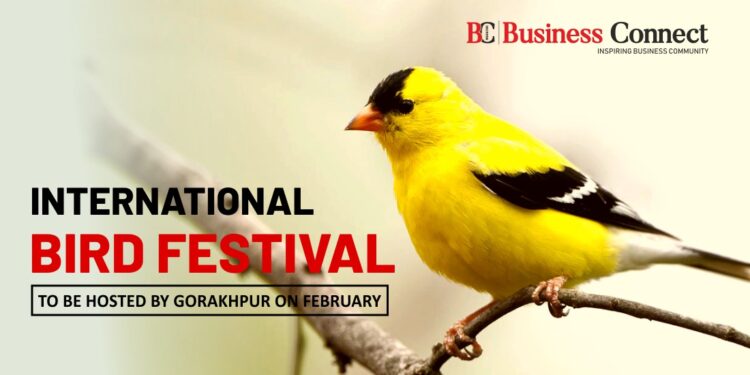 Gorakhpur is all set to host the International Bird Festival in the month of February. The main focus of the government is eco-tourism, as there is a lot of potential for eco-tourism in Gorakhpur and the surrounding Terai region. It will be attracting many international tourists at Ramagarhtal Lake for bird watching.

The International Bird Festival was first launched in a bid to promote the state as an international bird-watching destination.

The Yogi government is developing fast in the sphere of eco-tourism by starting up several projects such as the only red-head culture breeding and building up a conservation park of the country in Maharajganj. The first zoological park of Purvanchal in Gorakhpur with a focus on keeping it so beautiful that any tourist, who would visit Kushinagar will definitely choose to visit the zoo of Gorakhpur as well.

The Bird Festival that is going to be organized by the government in the month of February will be certainly giving an uplift to eco-tourism in the area. It will be developing Gorakhpur as a hub of eco-tourism where tourists from international level will arrive.

A lot of praise was received by Chief Minister Yogi Adityanath for creating the history in UP by planting 25 crore saplings in one day.

The most important part of eco-tourism is the presence of natural forests and lakes. Instead of cutting fifteen to twenty old trees, ‘Tree Transplantation’ has been emphasized, which has been instructed by CM Yogi that instead of planting one tree, try to plant ten trees.

The forest minister, Dara Singh stated that “In Purvanchal, this event will be increasing the trend of tourists towards eco-tourism. Aishwarya Shahi of Heritage Avians says that the Turtle and Crocodile Conservation and Breeding Center, City Forest, Zoological Park, 50-hectare Vinod One Mini Zoo, Sohgibarva in Maharajganj, the country’s first red-headed breeding and conservation centre, Ramgarh zheel, Bakhira Lake etc., many locations will help in the contributing towards an increased trend of eco-tourism.