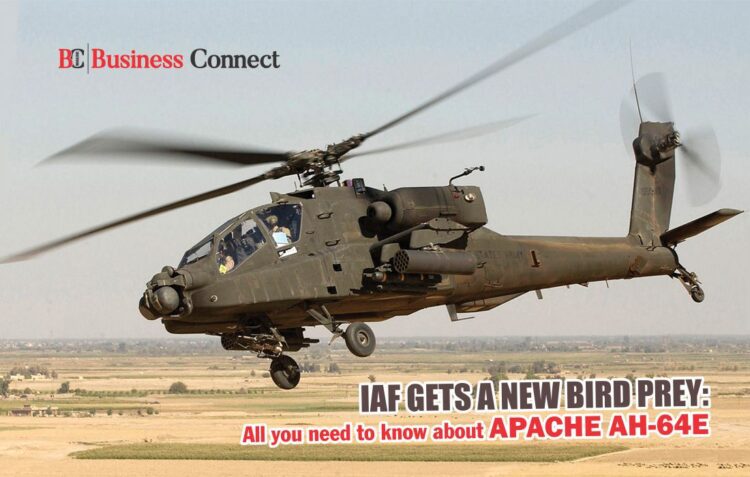 IAF gets a new bird prey: All you need to know about Apache AH-64E

It is considered as a very big step towards modernizing the Indian Air Force fleet in defending and attacking powers. The US-made Apache AH-64E helicopters were inducted into the air of India on Tuesday at the Pathankot airbase.

The Apache helicopters will be part of 125-Helicopter squadron and popularly known as“Gladiators” of the IAF. Air Chief Marshal Birender Singh Dhanoa said that Apaches are being purchased to replace the aging Mi-35 fleet, which has been used by the IAF for over three decades, he says its time for technology upgradation. Apaches will enhance the capability of IAF by providing them the integrated combat aviation cover to Army strike corps.

India signed around $1.1-billion deal with the US defense giant for September to introduce a total of 22 Apache choppers to sharpen its attack capabilities and making India defensive. The IAF has a total of flies Soviet-origin Mi-25 and Mi-35 helicopter gunships currently.

The induction ceremony of Apache AH-64E happened at the Pathankot Air Force Station in Punjab where Air Chief Marshal BS Dhanoa was the chief guest.

Apache AH-64E is the most advanced and multi-role combat helicopter in the world. Its primarily flown by the US Army and It is also used by other countries like Israeli, Egyptian, and Dutch air forces, etc.

The AH-64E is the enhanced version of the Apache’s previous variant — AH-64D. It has a better cruise speed and climbs rate that its predecessors and an improved payload capacity. Each helicopter of Apache has the overall capacity to carry 16 Hellfire laser or radar-guided missiles. Apart from that, it’s capable of logging 76 rockets and 1,200 rounds of the M230 30 mm Chain Gun.