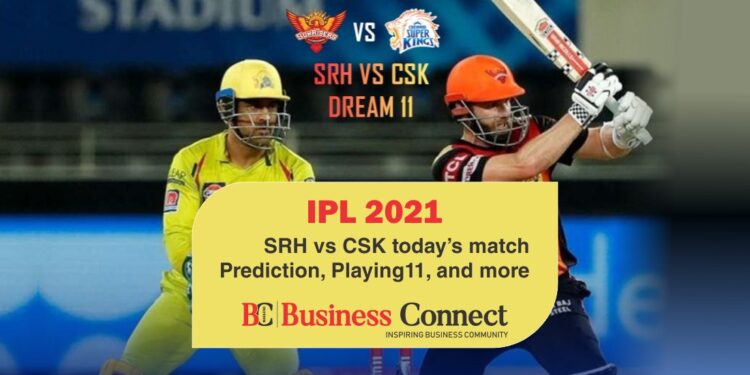 Harshal Patel, a Royal Challengers Bangalore (RCB) seamer who presently wears the Purple cap, set a new record for most wickets by an uncapped bowler in an Indian Premier League (IPL) season on 29th September. Harshal did it during RCB’s 7-wicket victory against Rajasthan Royals (RR) when he claimed three wickets in the Rajasthan innings’ last over. Harshal increased his total in this year’s IPL to 26 wickets from 11 matches with this three-wicket haul.

In Match number 44, Sunrisers Hyderabad will face on Chennai Super Kings. Despite the fact that SRH is no longer in the playoff race, there is still a lot of competition for other teams. Hyderabad shocked Rajasthan Royals in their last encounter, winning by 7 wickets (9 balls left).

Sunrisers Hyderabad will face an uphill battle against table-toppers Chennai Super Kings on Thursday in Sharjah, after spoiling the party of Rajasthan Royals. The Orange Army won their second match of the season on Monday, defeating Rajasthan Royals by 7 wickets, with half-centuries from debut Jason Roy and skipper Kane Williamson.

When the two teams played in the first phase of the competition in Delhi, Chennai Super Kings easily defeated Sunrisers Hyderabad by 7 wickets. Hyderabad bat first and put up a solid total of 171-3 due to fifty-plus scores from David Warner and Manish Pandey, but Chennai Super Kings knocked down the mark in only 18.3 overs after Ruturaj Gaikwad and Faf du Plessis contributed 129 runs for the first wicket.

With eight victories in ten games, MS Dhoni’s Chennai Super Kings are comfortable at the top of the points table. Despite the fact that the middle order of Ambati Rayudu, Suresh Raina, and MS Dhoni hasn’t scored in a single game, the three-time winners have won three games in a row in the UAE leg and will be aiming to be the first team to qualify for the IPL 2021 playoffs.

CSK is a strong choice to win this match.