Special offer! Movie tickets will be available for just INR 75, take a reminder of THIS day 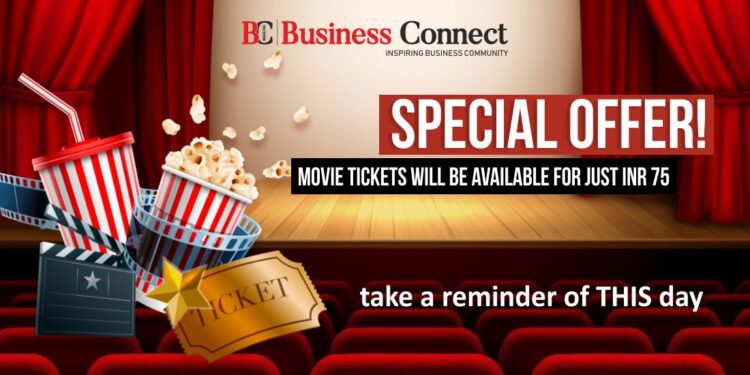 Special offer! Movie tickets will be available for just INR 75, take a reminder of THIS day

India will celebrate National Cinema Day on Friday (September16). Announced by the Multiplex Association of India (MAI), the event will take place across 4,000 screens in the country. Tickets will cost INR 75 in all participating cinemas.

“National Cinema Day will bring audiences of all ages together to enjoy a day at the movies. National Cinema Day celebrates the reopening of cinemas and is a ‘thank you’ to the moviegoer who made this happen”, the statement of the Multiplex Association of India (MAI) read.

National Cinema Day will be held at more than 4000 participating screens and will include cinema screens of PVR, INOX, CINEPOLIS, CARNIVAL, MIRAJ, CITYPRIDE, ASIAN, MUKTA A2, MOVIE TIME, WAVE, M2K, DELITE and many others. pic.twitter.com/nVpM5neXd1

Over 4,000 participating theaters will host National Cinema Day, including theaters operated by PVR, INOX, Citypride, Asia, Cinepolis, Carnival, Miraj, Mukta A2, Movietime, Wave, M2K, Delight, and many more. For moviegoer, who usually pay between INR 200 to INR 400 for a ticket at multiplexes, this will be a welcome surprise. However, third-party online applications or websites may impose additional charges. For example, BookMyShow is still liable to charge additional internet charges and GST on top of the ₹75 price tag. If moviegoer wants to save money, they can wait in queues.

A few days ago, American cinemas announced that they would celebrate National Cinema Day on September 3 by offering cheap tickets (movie tickets cost just $3 – a sharp decline from the average $9 cost) Through this initiative cinema halls also want to invite those who have not yet started going to cinemas after the pandemic. If the day works in favor of multiplex owners and a record footfall is observed across the country, it is possible that National Cinema Day to become an annual celebration.

The celebrations may help the upcoming Brahmastra film starring Ranbir Kapoor and Alia Bhatt, which will hit the screens on September 9. You can watch the movie for just INR 75 in theatres. Additional details about special incentives will be available on the websites and social media pages of participating theatres.