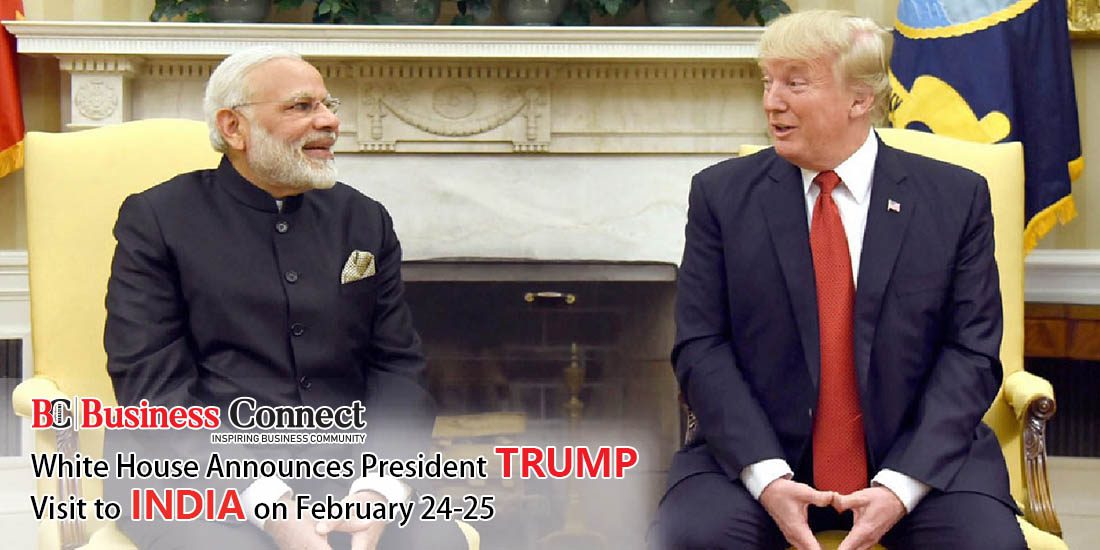 Prime Minister Narendra Modi and US President Donald Trump had spoken over the call on this weekend, the White House said. During this phone call conversation this weekend, President Trump and Prime Minister Modi agreed to the trip will further strengthen the United States and India’s strategic partnership. This trip will also highlight the strong and enduring bonds between the Indian and American people.

The White House further stated that during a phone call, President Donald Trump and Prime Minister Narendra Modi agreed for the Indian visit for further strengthening of both the countries. The confirmation of President Trump’s visit comes days after India’s new ambassador to the US, Taranjit Singh Sandhu presented his all credentials to the US President in states.

The Ministry of External Affairs in India also confirmed this visit by Donald Trump. During this visit, President Trump and the First Lady of the United States Melania Trump will attend official engagements in New Delhi and Gujarat. In Ahmedabad Gujarat, they are planning to interact with a wide cross-section of Indian society, a current press release from the MEA (Ministry of External Affairs) announced.

AIR correspondent reports and the global strategic partnership between India and the US are based on trust, friendship, shared values, mutual respect for each country and understanding. Therefore, it is marked by warmth and friendship between the peoples of the two nations and it tightened the bond of Indian-American society. The relationship has further evolved under the leadership of Prime Minister Mr. Modi and President Donald Trump, with proper significant progress in all areas of the market including trade between the countries, defense of their borders, recent counter-terrorism attacks, and energy used by the Industries. This visit will provide a good opportunity for the two leaders to review their progress in two-sided ties and further strengthen the strategic partnership of India and America.