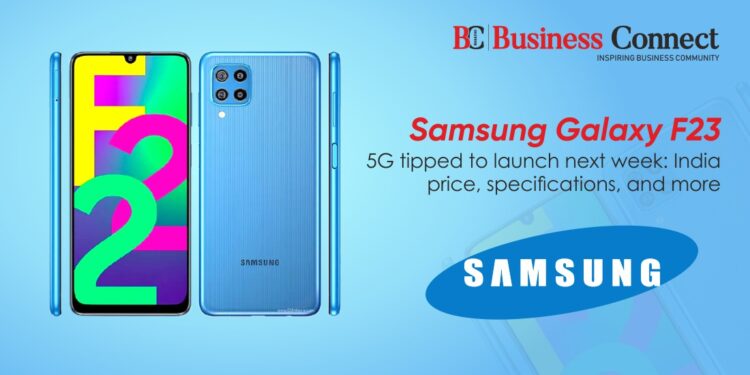 In India, Samsung is planning to launch the Galaxy F23 smartphone soon. According to reports, the company plans to launch this budget-friendly device in the second week of March, which is not far away. The reports do not specify the phone’s name but reveal that a new Galaxy F series phone would be launched.

The new low-cost smartphone is supposed to enable 5G. The phone is expected to come with a 6.4-inch AMOLED display with a 120Hz refresh rate. For comparison, it features the same screen as its predecessor, but with a reduced (90Hz) refresh rate. Samsung may incorporate a 5,000mAh battery, which would be a decrease compared to the F22’s 6,000mAh battery. This one is likely to offer rapid charging as well.

A 48-megapixel quad rear camera array might be used for photography. The rest of the sensors’ specifications are presently unclear. A 13-megapixel camera for selfies and videos might be found on the front. The Samsung Galaxy F23 is rumoured to come with the newest Android 12 operating system and the OneUI layer on top.