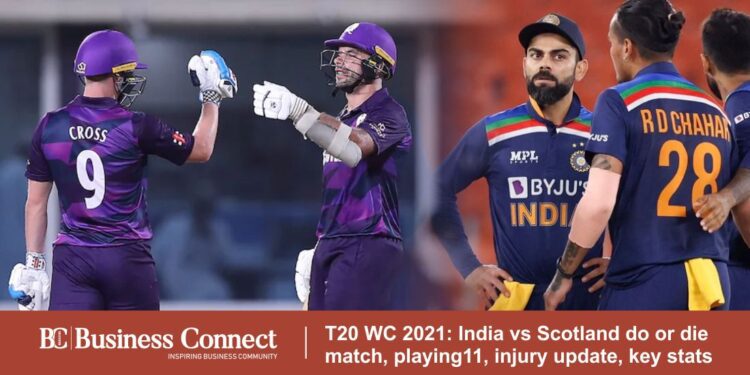 India is currently ranked fourth in Group 2 with two points. Scotland has played three matches thus far in the competition and has lost all three. They are currently ranked 6th in the points table.

Pakistan, the group’s leaders, has advanced to the semi-finals, and India hopes to follow them by winning convincingly against Scotland and Namibia and depending on Afghanistan to defeat New Zealand. Cricket is an unpredictable and funny game, and Afghanistan has performed well. They hold a lot of our dreams as well. All the best to them, Ashwin remarked.

India has the winning momentum with them after a 66-run triumph against Afghanistan. All they have to do now is keep alive their winning performance. It’s worth noting that India’s first-ever T20 World Cup encounter came 14 years ago in Durban against Scotland. Due to adverse weather, the lone T20I match between the two countries was called off without a ball being bowled. There are no numbers to write in this T20I head-to-head section between India and Scotland because they will face each other first time today.

India – The elbow of Hardik Pandya was a source of concern for India in their previous match. However, he went on to bowl a few overs after that, showing that it wasn’t a serious injury.

Scotland – Kyle Coetzer, the skipper, was unsure about Josh Davey’s availability. If he is unable to play, Scotland may choose to field the same eleven that faced New Zealand.